In Mazhya Navryachi Bayko, Aai touches Radhika's feet while asking for forgiveness. She is guilty of supporting Gurunath who was evil. 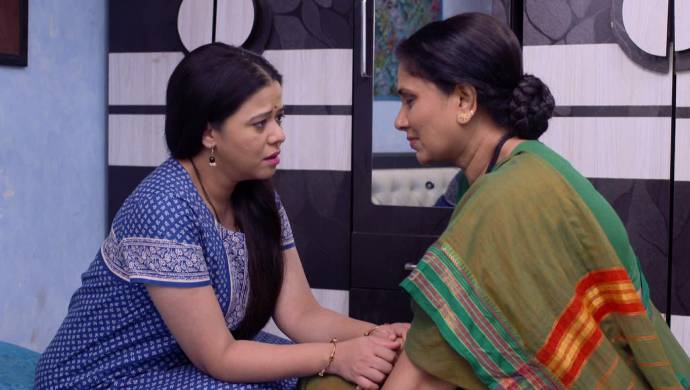 In the recent episode of Mazhya Navryachi Bayko, Gurunath is still shocked by the turn of events. Meanwhile, the people of Gulmohar society are supporting Aai and Baba who are completely shattered by Gurunath’s behaviour. Aai, especially, is feeling guilty to have supported her son and screamed at Radhika. Saumitra goes to speak to Radhika who is in her bedroom still processing the happenings.

Saumitra motivates Radhika for starting anew. He wants her to start focusing on her business and grow it in Gurunath’s absence. But, Radhika is worried about her in-laws and Atharva. She feels she has failed her family but Saumitra pushes her to get out of this sad phase. Radhika asks him to give her some time.

Aai touches Radhika’s feet and begins apologising to her. She feels she has covered way too much for Gurunath. Even though he used to make grave mistakes, she still supported him. Radhika says she is never going to take him back home and they will live separate lives. Aai tells Radhika that she is leaving for Nagpur along with Baba, but Radhika stops her from doing so.