In Mazhya Navryachi Bayko, Radhika shows Saumitra a woman's picture and asks him to marry her. 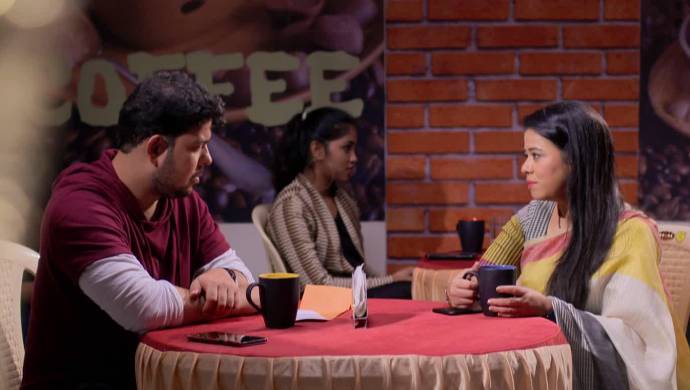 In the recent episode of Mazhya Navryachi Bayko, Radhika shows a woman’s photo to Saumitra. The woman in the photo is Revati’s distant sister. Saumitra is shocked after seeing the picture. Radhika says that Saumitra needs to get married soon as his marriageable age will pass. She insists that they have to start thinking about him as he has always been so unselfish. A hurt Saumitra escapes the situation leaving Radhika behind.

Everyone from Gulmohar society has their eyes on Radhika and Saumitra. They are waiting for Saumitra to propose to her. During this, Radhika returns home and Baba bombards Radhika with questions. Radhika tells him that she and Saumitra spoke about marriage. Baba happily thinks that they spoke about her and Saumitra’s marriage, but Radhika says she wants him to get married to Revati’s sister. Baba is hurt after hearing this.

A heartbroken Saumitra speaks to Anand telling him that Radhika doesn’t see him as anything more than a friend. He cries in front of Anand and tells him the whole conversation between him and Radhika. Meanwhile, at the Subhedar house, Radhika is crying after hurting Saumitra. She says she didn’t tell him directly because he would be hurt. Radhika wants Saumitra to live independently.

Popatrao is all set for his marriage while Shanaya and Mrs Sabnis plan to take Gurunath’s help.

Pout It Out Like These Mazhya Navryachi Bayko Actors!