She tells Shanaya a way to manipulate Gurunath. Meanwhile, Radhika has new troubles coming her way. 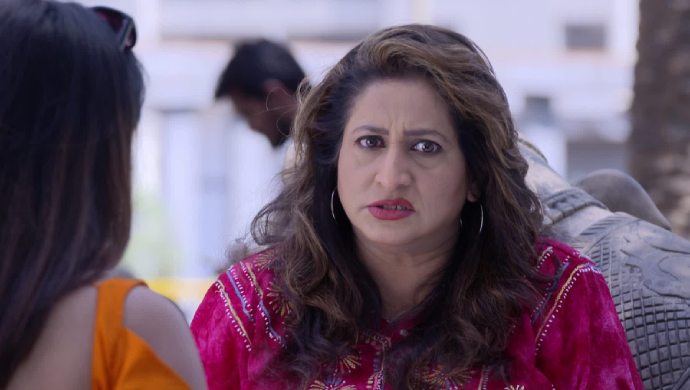 In the latest episode of Mazhya Navryachi Bayko streaming on ZEE5, Radhika dreams that Atharva got a bad score in his exam. His teacher comes home and complains about his falling score while blaming Radhika for neglecting Atharva. After she wakes up in the morning, a worried Radhika discusses this nightmare with Aai.

Aai tells Radhika that Atharva’s obsession with a tablet will just last for a few days. She says even Gurunath was the same during his childhood. Radhika reveals in her childhood her brother was strict with giving her the freedom. On the other hand, Gurunath goes to Atharva asking what he wants on his birthday. Atharva, hesitantly, tells him that he wants a tablet. Even though Radhika is against it, Gurunath promises him to get it, as Shanaya encourages him. Overhearing this conversation, Radhika asks her to stop interfering and creating fights amongst them. She strictly declares that Gurunath can’t get Atharva a tablet as it is not good for his future. Gurunath is convinced that he is getting one for his son.

Radhika discusses this situation with Revati who feels that she is overreacting. Radhika’s main concern is Atharva should not waste his intelligence as Gurunath did. Hearing this, Revati soothes her. Meanwhile, Shanaya updates her mom about this argument and her mom encourages her to create more fights between them. As Shanaya is happy that Gurunath supported her, Mrs Sabnis feels there is no profit her daughter gets out of it as the money is spent on the tablet. She tells Shanaya, she should make Gurunath spend money on her. During this conversation, Mrs Sabnis opens up about the money crunch she and Kedya are stuck in. He owes money to a lot of people and those people might beat him up. Shanaya tells her the life is very boring at the Subedar houses and she wishes to stay with her mother. Smartly, Mrs Sabnis tells her to take Gurunath’s tablet money and give it to her.

At Atharva’s school, he gets caught by his teacher while playing games on his friend’s tablet. The teacher decides to meet Radhika and inform her about this situation. Meanwhile, Shanaya calls Gurunath as told by her mom and asks him to get a tablet for Atharva.

Atharva’s teacher goes and meets Radhika who is already anxious about his addiction to the phone. She assures Radhika that if action is taken in time, there wouldn’t be anything to worry. Meanwhile, Gurunath shows the money he has saved for the tablet to Shanaya as she dreams about buying a new phone for herself.

How will Radhika tackle a situation like this? Let us know in the comments below.

If you have loved watching the drama in Mazhya Navryachi Bayko, then, Swarajyarakshak Sambhaji streaming free on ZEE5 is for you.

Who Is The New Heartthrob In Isha Keskar’s Life?