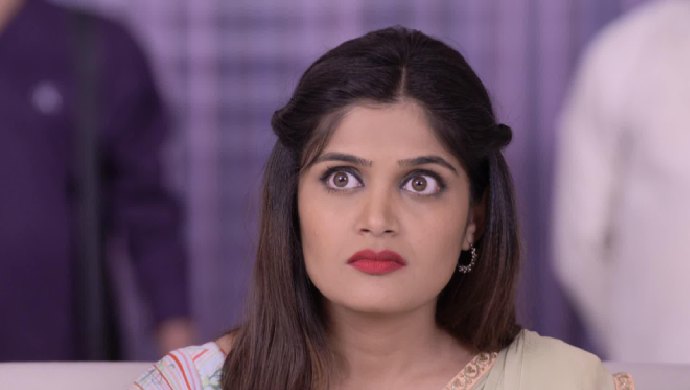 We see Radhika and Shanaya battle each other in Mahasangram in the latest episode of Mazhya Navryachi Bayko. During this, Gurunath helps Shanaya ask questions to Radhika through a microphone. While going for the interview, Radhika and Revati leave Atharva and Neha behind with Mahajani Kaku.

Watch the sneak peek below:

In the next episode, we see Atharva take Aai’s phone with him while he is with Neha. But, they are caught by Radhika and Revati while playing with the phone. On the other hand, Aai and Gurunath are searching for the mobile as Radhika enters with Atharva who has it. An angry Radhika blames Shanaya for getting Atharva addicted to the device. She retaliates saying that she didn’t give him the phone, it was Atharva who took it.

Radhika goes to office tensed about this incident which she shares with her colleagues. Saumitra says Radhika is overreacting and kids at this age tend to do things like these.

Do you think Radhika is overthinking about the situation? Let us know your thoughts in the comments below.

Meanwhile, if you had fun seeing the love triangle of Mazhya Navryachi Bayko, then, you will laugh your heart out watching Teri Bhabhi Hai Pagle streaming on ZEE5.