In Mazhya Navryachi Bayko, Radhika pretends to indebted to Gurunath for extending his helping hand towards her. 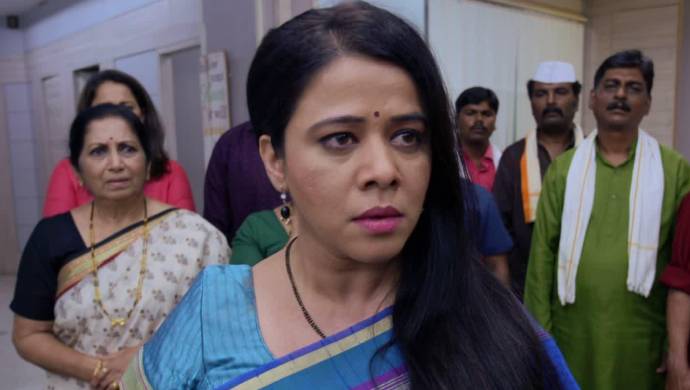 In the recent episode of Mazhya Navryachi Bayko, Aai is excited to go to Radhika’s office the next day. She thinks Radhika is going to offer her son the highest position available in the company. Baba tries to calm her excitement but Aai is sure that Gurunath has changed for good and become his old self. Baba gives up trying to explain to her as he thinks Aai cannot change.

Gurunath asks Kedya to get him the bag of money. Meanwhile, at the Subhedar house, Aai, Baba and Radhika are leaving to go to the office. Baba asks Radhika the real reason behind arranging this function at her company, but she doesn’t say anything. Baba, then, suspects she is hiding something from them.

Everybody at Radhika Masale is inquiring the cause behind celebrating this day. Radhika only tells they are returning farmers’ money back to them. Anand and Saumitra are shocked while Aai proudly says Gurunath helped Radhika in this time of crisis. Meanwhile, Shanaya and her mother are running away from the city.

At Radhika Masale, Gurunath enters in a prim and proper suit and everyone starts staring at him. This is followed by Radhika beginning her speech. She speaks about the money that she had collected for the development of Sakargaon. She goes on to explain the robbery that took place, then compliments Gurunath’s efforts in collecting the money. After this, Radhika slowly moves on discussing the importance of a husband in a woman’s life. During which, Gurunath is smiling proudly thinking how much Radhika owes him.

Who Is This Handsome Boy That Ratris Khel Chale 2's Shevanta Is Posing With? View Pic