In Mazhya Navryachi Bayko, Mrs Sabnis goes behind Shanaya's back and asks Popatrao to pay her Rs 10 crore. 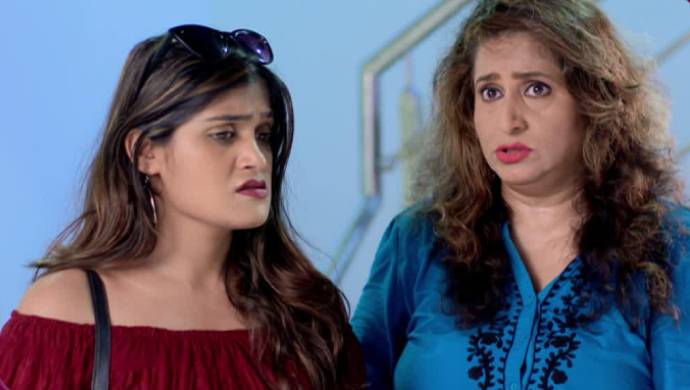 In the recent episode of Mazhya Navryachi Bayko, Saumitra brings Radhika home. They encourage her to do well at the dance competition as Aai offers to make cook food for Radhika. After Saumitra takes Radhika to her bedroom, Aai tells Baba that Saumitra loves Radhika a lot. Baba says which is why he wants both of them to unite. Aai becomes uncomfortable hearing this as her son isn’t in the picture. On the other hand, Gurunath remembers Rajwade Sir‘s words about Radhika replacing him.

Popatrao hastily makes his and Shanaya’s wedding invite which costs him Rs 10,000 per invite. He shows the cards to Shanaya and Mrs Sabnis, but the latter tries to delay their wedding. He shows Shanaya her wedding saree and their family’s antique jewellery. He is set to send the invites to everyone and has already booked the honeymoon tickets.
The following day, Saumitra is all set to take Radhika to the dance competition. He gives Radhika a glass of milk and gets breakfast for everyone. The atmosphere at the Subhedar house becomes lively after he comes. After he, Radhika and Revati leave for dance competition, they are seen by Gurunath.
Mrs Sabnis goes to Popatrao and shows him the amount she has spent on Shanaya right since her birth. She tells Popatrao that Shanaya has been brought up like a royal child, after marriage she would expect the same treatment. Then, Mrs Sabnis says he has to pay her all the money that she has spent on Shanaya. The cost is Rs 10 crore and Popatrao agrees to pay the expenses by selling his farm property. Mrs Sabnis lies Shanaya and plans to get her married to Popatrao.

Learn How To Rock A Pheta Like Swarajyarakshak Sambhaji's Yesubai, View Pics