In Mazhya Navryachi Bayko, Radhika hears Saumitra's voice recording in which he talks about his feelings for her. She decides to confront him. 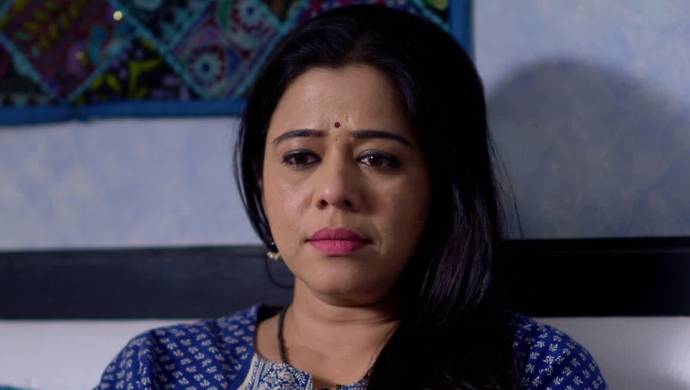 In the recent episode of Mazhya Navryachi Bayko, Gurunath is upset after he saw Radhika and Saumitra getting close to each other. He goes to Munnaseth’s hut, gets drunk and starts crying. He, then, tells Munnaseth his backstory. Meanwhile, Atharva and Saumitra are spending time together. Saumitra tries to pester Atharva to go sleep. He sleeps after Saumitra narrates a story. During this time, Radhika comes and credits Saumitra for helping her in life. She thanks him for prioritising her while keeping his work at bay.

As Radhika goes outside, Saumitra says that he wishes to let out his feelings to her. This accidentally gets recorded on Atharva’s voice recorder. After Saumitra leaves Radhika’s place, she hears the recording and gets shocked. She gets a hint that Saumitra has feelings for her and she decides to confront him. Meanwhile, Saumitra goes to Anand’s place and they discuss Radhika. Anand tells him that Radhika needs him and he should confess his feelings.

The next day, Radhika shows the recording to Revati who doesn’t reveal anything. Revati makes Radhika promise her that when Saumitra reveals his secret she shouldn’t get angry at him. Meanwhile, Shanaya tries to run away but Mrs Sabnis tracks her down. They both eat at a stall without paying the owner. As they try to run away, the owner follows them. In this fiasco, Shanaya, who gets separated from Mrs Sabnis, meets Gurunath.