In Mazhya Navryachi Bayko, Shanaya and Gurunath have a fight as Gurunath tumbles down the staircase and falls unconscious. 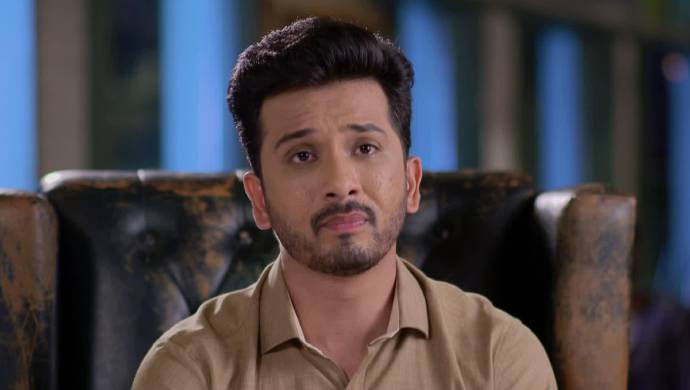 In the recent episode of Mazhya Navryachi Bayko, Mrs Sabnis and Shanaya get Kedya drunk. In that state of mind, he gives out Gurunath’s plan about manipulating Radhika and taking her company back. Mrs Sabnis incites Shanaya as the latter decides to stop Radhika and Gurunath’s dinner date from happening. Meanwhile, Saumitra calls Radhika asking her if she has decided anything about his dinner invite, Radhika turns him down and goes for dinner with Gurunath.

At the dinner date, Gurunath tries to woo Radhika by calling for her favourite menu. He starts reminding her about their old days and asks her to forget their tumultuous past. Gurunath asks Radhika to give him one more chance at being a good husband to her and before she gives him an answer, she should think about their son, Atharva. As Radhika excuses herself and goes to the washroom, Shanaya comes and starts shouting at Gurunath. He forcibly takes her outside before Radhika can spot her as she accuses him of cheating on both the women. While they are fighting loudly, Shanaya unknowingly pushes Gurunath and he tumbles down the staircase.

Shanaya tries to wake him but he is unconscious as she panics and runs away. Radhika takes Gurunath to the hospital and calls Saumitra who rushes there. Meanwhile, at the Subhedar house, Baba doesn’t like Radhika going out for dinner with Gurunath as he thinks his son will never leave Shanaya. He tells Aai to stop dreaming about a happy future for Gurunath and Radhika. During this conversation, Baba gets a call from Radhika who updates him about the situation.