In Mazhya Navryachi Bayko, Radhika decides with Shanaya's help to punish Gurunath for his unforgivable crimes. 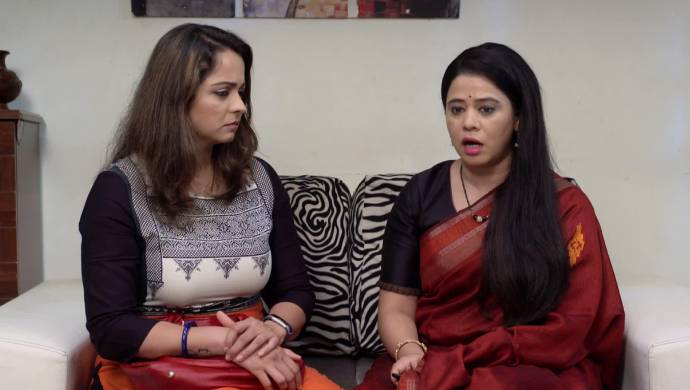 In the recent episode of Mazhya Navryachi Bayko, Radhika and Revati are watching Shanaya and her date as they step outside the restaurant. After her date leaves, Gurunath approaches her. He starts shouting at Shanaya and inquiring about her date. Shanaya accuses him of being selfish as he keeps calling her stupid. She says he slapped her in front of everyone and even stole the farmers’ money from Radhika’s office. Gurunath, then, says that he doesn’t care who he hurts so long as his plan is successful.

Mrs Sabnis, who has reached home from the restaurant, is feeling bad to have Shanaya left behind. Meanwhile, Radhika and Revati have taken Shanaya to the restaurant to confront her about the stolen money. She spills Gurunath’s real plan which was to take the cash and blame Popatrao for it. Shanaya tells Radhika that Popatrao is innocent and the real culprit is Gurunath. She reveals that, on the day of the robbery, she and Popatrao had come to the office to meet her and at the same time, even Gurunath appeared there. It was a coincidence.

Gurunath, on the other hand, is tensed after his fight with Shanaya as he calls Kedya to meet him. Kedya is happy that he will get the money. Meanwhile, Radhika and Revati reach home still baffled by the turn of events. Radhika feels that Gurunath will never improve. She wants to be the one to punish him and inflict pain upon him mentally.