In Mazhya Navryachi Bayko, Popatrao gets Shanaya a gold necklace and wedding invitations to choose from. 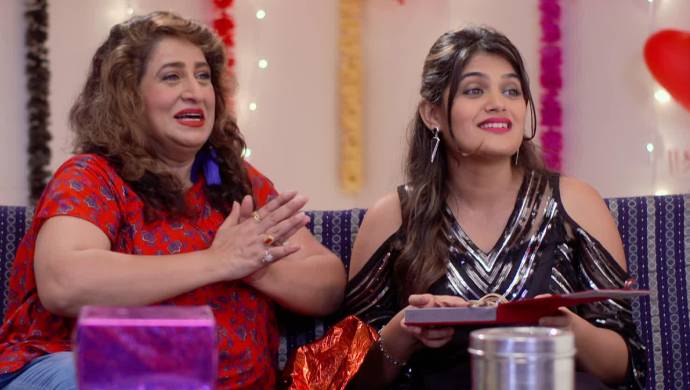 In the recent episode of Mazhya Navryachi Bayko, Saumitra tells Radhika that she binds all the people together that is why so many people like her. He motivates her to win the dance competition. After their conversation, as Radhika is walking back home, she stumbles upon a rock. Saumitra runs for her rescue and takes her back home. Meanwhile, Gurunath comes home in low spirits as Shanaya cut his call. Munnaseth tries to cheer him up.

The doctor comes home and gives Radhika some medicines. She is told not to move and has to back out of the dance competition. Aai and Baba aren’t allowing her to be a part of it, too. Saumitra goes to buy medicines and Aai makes fresh food for Radhika. Meanwhile, as Shanaya’s birthday gift, Popatrao gives her a steel vessel and a gold necklace. Then, he promises Shanaya that he is going to give her one more gift the next day.

Radhika is bedridden due to the injury. Atharva confesses that he wants Radhika to be a part of the dance competition. On the other hand, Popatrao gives Shanaya dozen of wedding cards and asks her to select one from the bundle. After seeing this, Shanaya starts packing her bag and is ready to get out Popatrao’s house. But, Mrs Sabnis stops her from taking a brash step.

Saumitra is talking about Radhika’s accident to Revati and Subodh. He admits that he is scared of proposing to Radhika. Meanwhile, Atharva wants Radhika to a part of the dance competition. Saumitra overhears this conversation and tries to persuade Radhika to be a part of it. He tells her that she will make Atharva proud if she becomes a part of the competition.