In Mazhya Navryachi Bayko, Shanaya goes on a fake date with a new man arranged by Radhika and Revati. 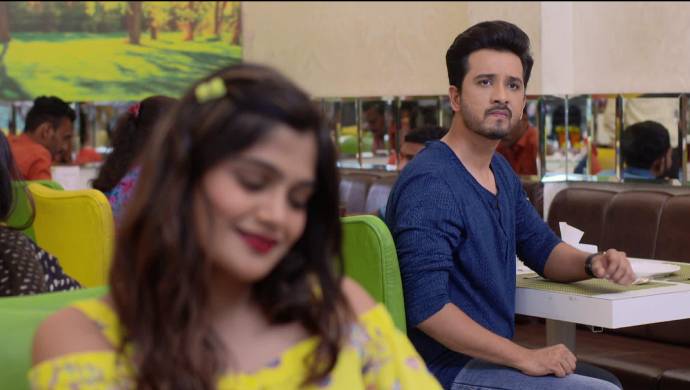 In the recent episode of Mazhya Navryachi Bayko, Aai asks Gurunath why Radhika’s employees interviewed him. She doesn’t like that people, who Gurunath had once hired, are now hiring him. He tells his parents that he is going to grow Radhika’s company immensely as Aai gives her blessings. Baba doesn’t believe Gurunath’s words as he is waiting to hear Radhika’s opinion of him.

Radhika has gone to Revati to speak about Gurunath. Revati wants to submit him to the cops but Radhika wants to make an elaborate plan to trap Gurunath. Revati is skeptical about using Shanaya in the plan as the latter isn’t trustworthy. Revati has arranged a boy for Shanaya to go out on a date with. Radhika prays to God for her plan to be successful.

Shanaya and Mrs Sabnis are set to work out their plan as Kedya stops them. They fool him and run away. Meanwhile, Radhika sends Atharva and Gurunath to a pizza place. In the next scene, Radhika and Revati meet Mrs Sabnis and Shanaya. Both parties who were against each other once have to come together.

Shanaya and Rohit along with Mrs Sabnis come to the same restaurant which Gurunath and Atharva have gone to. Shanaya says he is her new boyfriend as Gurunath gets jealous. Shanaya and Mrs Sabnis pretend to be impressed by  Rohit’s wealth. Radhika is hearing their whole conversation through Bluetooth.