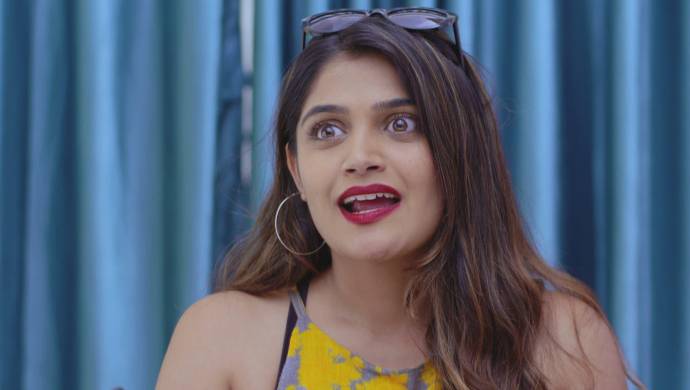 In the recent episode of Mazhya Navryachi Bayko, Saumitra and Revati take Radhika to an expensive garment shop. Radhika is not ready to go as the clothes in that shop are expensive and she tries to escape the situation. However, Revati convinces Radhika to spend little more since she is going to appear on the cover of a business magazine. After seeing Radhika in a new dress, Saumitra can’t stop staring at Radhika’s a new avatar.  Then, Revati reveals to Radhika that the next day she has booked a beauty parlour appointment for her. Radhika reluctantly agrees to go for it.

Shanaya is looking to run away from Popatrao and she calls Gurunath for help. He quickly comes and makes a plan with her. According to their strategy, Shanaya goes back to the garment shop with a box where Popatrao is waiting for her. She gives Popatrao that box and asks him to wait for her outside the shop. Popatrao does as asked and leaves Shanaya who, then, calls Gurunath. As Popatrao is waiting outside the shop, he is falsely accused by Gurunath of stealing clothes from the shop and putting it in the box. The people start fighting with Popatrao, while Shanaya and Gurunath take this opportunity to escape.

After reaching home, Gurunath asks Shanaya to return Popatrao his money. Shanaya says she isn’t going to give Popatrao the money and he can’t even prove that she has taken it. Then, Shanaya starts discussing Radhika’s plan to send the women behind her. She wants to take revenge on Radhika who she thinks is wrong. After Shanaya goes, Gurunath has an evil grin on his face.

Tuzhat Jeev Rangala: Hate Nandita? This Gesture Of Hers For Fans, Might Change Your Mind