Shanaya's husband Gurunath is trying to get rid of her. Will she seek revenge by asking him for a huge sum as alimony? Find out inside. 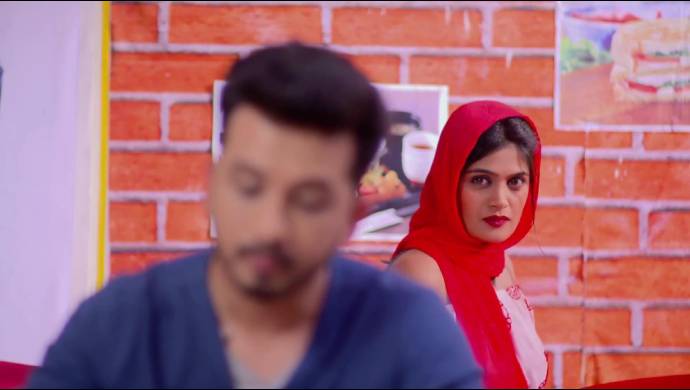 In today’s episode of the show Mazhya Navryachi Bayko we see how Radhika and Saumitra continue talking in rhymes and profess their love for each other. Radhika tells Saumitra that she has not laughed this much since a while. The latter compliments her saying that he loves how she laughs and that her laughter is genuine, unlike other ladies who find it difficult to laugh openly. Radhika tells him that even Gurunath loved this about her. To this, Saumitra asks her why is it then that Gurunath made her cry all the time when she was with him.

Later, Saumitra tries to make Radhika’s mood better by telling her that he wants to romance her. On the other hand, Gurunath meets Maya and proposes a plan. He tells her that as she wouldn’t be able to handle all the work alone, he would support her and take up the work of Radhika Masale while she manages SB Company. Maya likes his idea but tells him that it would be difficult to execute the plan. Gurunath tells her that business deals and plans are always difficult and he reassures her that he would tackle everything efficiently.

Meanwhile, unaware of Shanaya’s presence at the restaurant where he and Maya are dining, Gurunath reveals his plan in detail. Hearing this, Shanaya talks to herself and promises that she would show them her true colours and make them pay. Later, she returns home and Mrs. Sabnis tells her to decide upon Gurunath’s offer. Shanaya is annoyed by her mother’s greed and tells her if she would be happy with a mere sum of Rs. 5 lakh. Shanaya adds that if Gurunath wants a divorce, she would not let him go off this easy. She would take at least Rs. 5  crore from him as alimony.

What do you think about Shanaya’s resolve? Stay tuned to find out more.

In the meantime, are you home and bored? Stream all amazing ZEE5 Originals for some fun!

5 Pairs Of Shades Owned By Mazhya Navryachi Bayko's Maya That You Must Have!