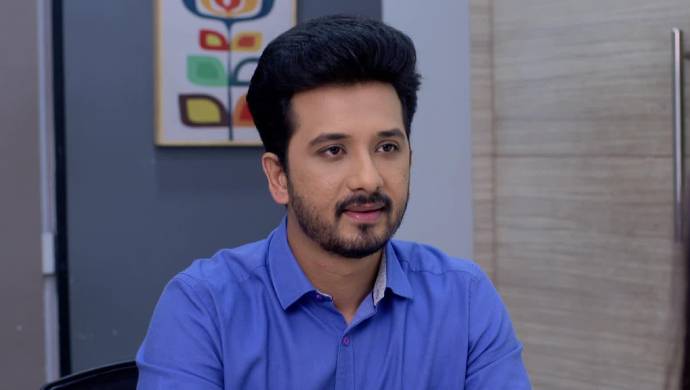 In the recent episode of Mazhya Navryachi Bayko, Radhika calls Shanaya asking her to meet outside the office. Shanaya tells this to Mrs Sabnis as Kedya overhears it. They both try to hide it from him as he understands something wrong in their plan. Meanwhile, Radhika gets Gurunath to the office and asks everyone to give him another chance by interviewing him. Her purpose behind this is to test his capabilities.

Radhika asks everyone from the office to interview Gurunath after which she wants to question him. During this time, Radhika goes to meet Shanaya. She tries to open Shanaya’s eyes about Gurunath’s real side. Radhika tells Shanaya that Gurunath will ease up to her eventually. She even needs Mrs Sabnis’ help as she reveals the plan to Shanaya. Radhika threatens Shanaya that if she or Mrs Sabnis try to be oversmart, Radhika will send them back to her factory.

In the interview, the employees of Radhika Masale start quizzing Gurunath. He tries to be sweet to them as Anand doesn’t understand if he is really suffering from a memory loss. Gurunath proclaims in his mind that he is soon going to take over the company. In the final interview with Radhika, Gurunath clears it.

Not everyone is convinced by Gurunath’s interview. Anand feels that Gurunath gave typical answers expected by an ‘adarsh employee’. Hearing Anand’s explanation, Radhika understands what he is trying to convey. Meanwhile, Shanaya tells Mrs Sabnis her conversation with Radhika. The latter isn’t willing to help Radhika as she feels this isn’t a reliable deal. Finally, Shanaya persuades Mrs Sabnis to help Radhika.

Aashutosh Gokhale's Picture With A Baby Will Make Your Day Better