In Mazhya Navryachi Bayko, Saumitra announces that he and Radhika aren't dating. 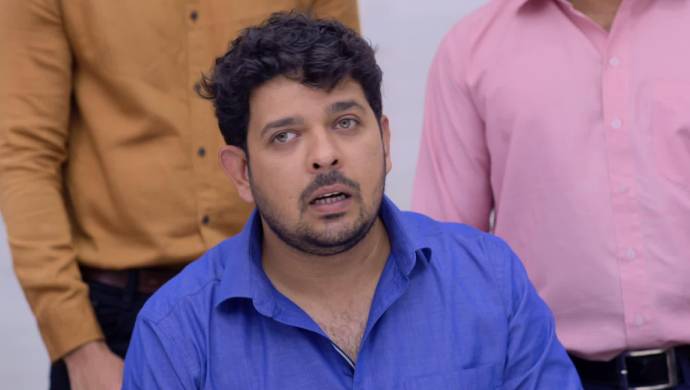 In the recent episode of Mazhya Navryachi Bayko, Shanaya is missing Gurunath as she dislikes Popatrao’s obsession with her. She wants to escape from his house but her mother tries to persuade her to adjust. She is tired of staying under Popatrao’s obligations. Meanwhile, at Radhika’s house, Aai subtlely tries asking Radhika about Saumitra. She suggests they should call Saumitra’s parents to their house. Aai is under the impression that Radhika and Saumitra are dating.

Baba goes to make all their property in Radhika’s name. As he treats Radhika as their daughter, he has taken this decision. Gurunath is dead according to him. Even though this decision is hard, Aai is proud of Baba. On the other hand, Popatrao gets clothes for Shanaya which she dislikes. He tries to kiss her hand but Mrs Sabnis snatches her hand from him. Meanwhile, everyone is congratulating Radhika but she is confused about why they are doing it. She doesn’t know about the misunderstanding that has spread about her and Saumitra. Radhika speaks about this to Revati who secretly speaks to Anand.

After speaking to Saumitra, the employees of Radhika Masale come to know that he and Radhika aren’t getting married. Meanwhile, Gurunath is ill and he remembers the times he ignored his son and cared only about himself.