In Mazhya Navryachi Bayko, Gurunath pesters Anand's parents to invite him for the wedding. 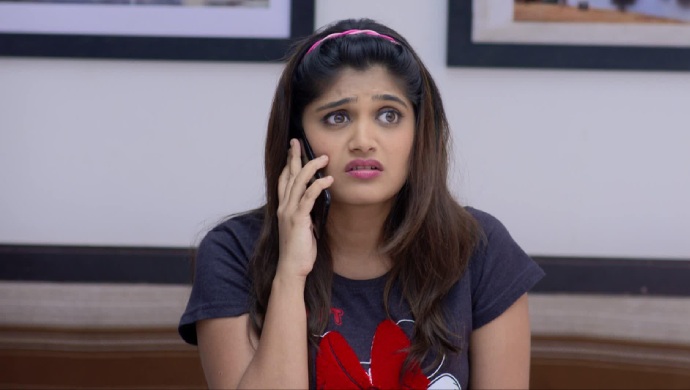 In yesterday’s episode of Mazhya Navryachi Bayko, Gurunath promises to snatch not only Radhika’s money but also her company. He reveals his plans to Kedya of running away with the money after it’s stolen. On the other hand, Mrs Sabnis and Shanaya are also behind the money. Mrs Sabnis has already gotten plane tickets to go to Dubai. She wants to go with Shanaya who is happy that she will get another opportunity to shop.

In the recent episode, Radhika decides to make everything that Anand and Jenny like. She is making cake, shrikhand and dhokla for the kelvan. Bakula Maushi tells Radhika she can’t come making it difficult for her to cook so many dishes together. Mrs Sabnis and Shanaya are bored staying at Kedya’s place as there is nothing happening. During this conversation, Shanaya sees an advertisement for an apartment and plans to buy it from the 35 crores rupees that Gurunath is going to get. She goes to meet the builders as they ask her to pay a heavy deposit.

Anand and Jenny come to Radhika’s place as everyone starts teasing the couple. The kelvan goes on happily. At night, Gurunath goes to Anand’s place and gives his parents all the gifts he has got. He tries to be sweet with Anand. During this, Gurunath tells his parents that he hasn’t been invited to the wedding. Then, after pestering them, they invite him to the wedding against Anand’s wishes. Gurunath gifts Anand a picture from their college time which has the both of them along with Radhika and Saumitra. Gurunath becomes dramatic and tells Anand’s parents how much he misses his friends.