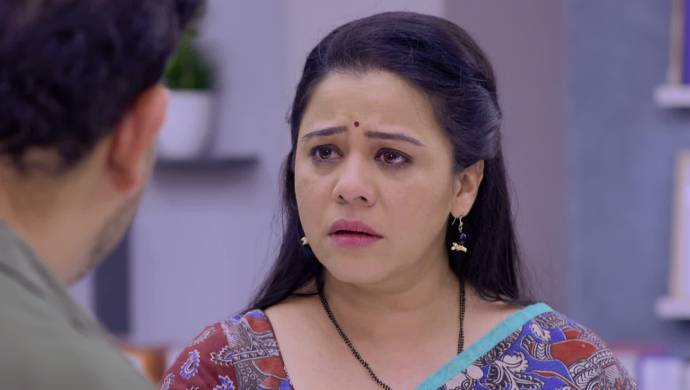 In the latest episode of Mazhya Navryachi Bayko, according to Gurunath’s plan, Kedya tells the waiter to blame Radhika for intoxicating the drink and for breaking Popatrao’s neck. As Popatrao makes the waiter spill the beans, Radhika is pulled in between this fiasco. Meanwhile, Gurunath is called for investigation for thieving the money as the two old men see him throw the bag in water. But, Saumitra thinks Gurunath is too smart to just discard the bag that easily.

Shanaya and Mrs Sabnis are disappointed that Gurunath gave away all the money. Kedya is panicking because Gurunath got arrested, but the latter tells him this is a part of his plan as finally, the blame will go on Popatrao. Meanwhile, Radhika reaches home after Gurunath gets called for the investigation. She doesn’t believe Gurunath has it in him to discard the bag having Rs 35 crore, even Saumitra validates her thinking. She tells Aai and Baba the real robber will be punished and she doesn’t think her husband is one.