In Mazhya Navryachi Bayko, after his first attempt fails, Saumitra is encouraged by everyone to ask Radhika out. 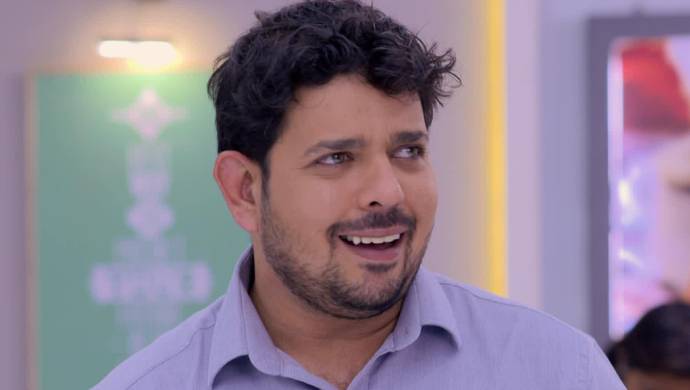 In the recent episode of Mazhya Navryachi Bayko, everyone at Radhika’s house is happy to see Saumitra’s birthday party become a success. The next day, Baba subtly keeps asking Radhika about her conversation with Saumitra. He is complimenting Saumitra’s personality. Aai doesn’t appreciate Baba’s efforts to bring Radhika and Saumitra close to each other. She thinks they are doing wrong in setting up their daughter-in-law with another man.

The seniors of Gulmohar society are discussing Radhika and Saumitra’s awkward eye-contact. They all want to know the conversation between Radhika and Saumitra when they went down to get kulfi. Meanwhile, at her dance class, Radhika’s dance teacher motivates her to participate in a dance competition.

Shanaya and Mrs Sabnis are pestering Popatrao to give them money. They lie to him that it is Shanaya’s birthday and they need money for shopping. Popatrao doesn’t inquire much and gives them the required cash. Meanwhile, Atharva is missing Gurunath when Radhika enters the room. She distracts his mind while feeling bad for him.

Munnaseth gives Gurunath a job in a garage. Gurunath is upset with the job, but he doesn’t have an option. The next day, at Radhika’s office, everyone is asking Saumitra if he proposed to Radhika when they went down to eat kulfi. After he tells them the truth, they ask him to propose to Radhika again as she enters.