Shanaya follows Gurunath to his workplace. On the other hand, Radhika is convinced to be a part of the interview against Shanaya. 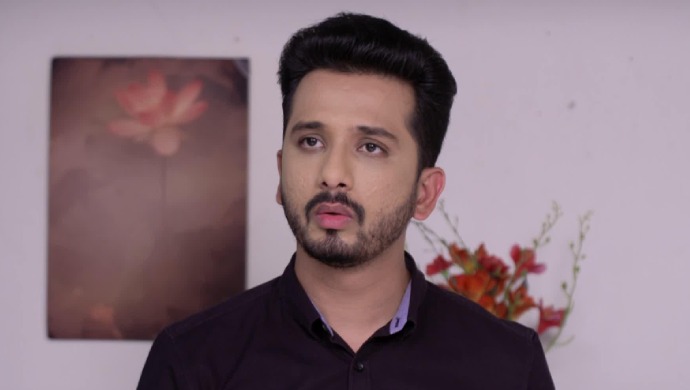 In the latest episode of Mazhya Navryachi Bayko on ZEE5, we saw Shanaya being suspicious of Gurunath’s work after spotting him and Kedya in the pest control uniform. In the meanwhile, Shanaya’s mom talks to Revati’s boss who wants Shanaya and Radhika face to face in an interview. Although Shanaya readily agrees, Radhika’s decision seems dicey.

The sneak peek opens with Shanaya and Aai having an argument which is intervened by Gurunath. Aai accuses Shanaya of not doing the house chores told by Radhika, while Shanaya in her defense says she has finished most of them.

As Gary gets up to leave, Shanaya decides to follow him to know the whereabouts of his workplace. Meanwhile, Radhika meets Shanaya’s mom who asks Radhika to stop Revati from leaving her job. Radhika blames Shanaya’s mom for creating a rift between Revati and her boss. To this, Shanaya’s mom replies she has only promised Revati’s boss about Shanaya’s confirmation for the interview. Radhika, in that state of mind, bravely nods for the interviews and promises to answer her opponent, Shanaya’s questions.

Chased by Shanaya, Gurunath has to hide in the back of truck hoping she wouldn’t see him.

Who do you think will win in a war between Shanaya and Radhika? Tell us in the comments below.

Don’t forget to binge on your favourite Marathi shows streaming free on ZEE5.

Tula Pahate Re 22 February 2019 Written Update Of Full Episode: Isha To Not Help Her Dad?