In tonight's episode, Saumitra tells Radhika that he needs to talk to Atharva once before taking a decision. 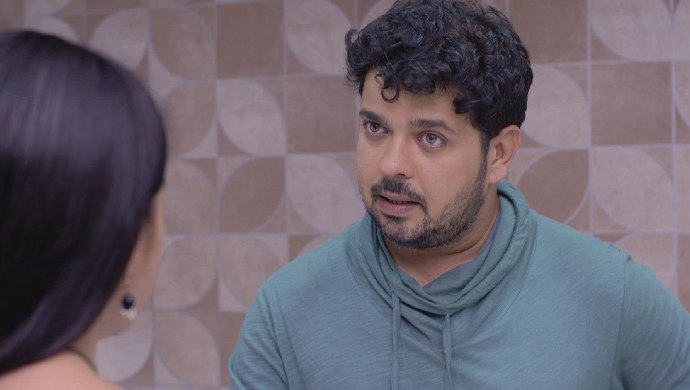 In the recent episode of Mazhya Navryachi Bayko, Atharva tells Radhika that doesn’t want Saumitra as his father.  Gurunath and Shanaya get the keys from Mrs Sabnis’s room while she is asleep. Popatrao thinks that Shanaya came to free him because she loves him. Aai and Baba explain to Atharva that his father (Gurunath) was a bad person which is why he ran away from the family. He then asks Radhika to promise that she won’t marry Saumitra and the latter agrees to it.

In tonight’s episode, Aai, Baba and other neighbours try to convince Radhika to think over her decision of not marrying Saumitra. The latter says that she won’t marry Saumitra if Atharva has a problem with it.

Meanwhile, Mrs Sabnis finds out that Shanaya and Gurunath helped Popatrao to runaway. She blames Gurunath for manipulating her daughter and is about to leave the house with the money bag. Gurunath asks her to leave the money or else they will call the police. Having no option left, Mrs Sabnis leaves without the bag.

On the other hand, Radhika tells Saumitra that she cannot marry him because Atharva has a problem with their marriage. The latter tells her that she should not lose hope so early. Saumitra asks her to let him handle this situation his way. He promises that he will talk to Atharva and make him understand.

Later that day, Saumitra goes to pick up Atharva from the school. At first, Atharva refuses to come with him but later, Saumitra tells him that he has come there to talk to him as a friend. Seeing Radhika worried, Anand and Jenny assure her that everything will be fine.

Will The Real Gurunath Please Stand Up?