In Mazhya Navryachi Bayko, as Saumitra comes to help Radhika out, Aai asks him to mind his own business. 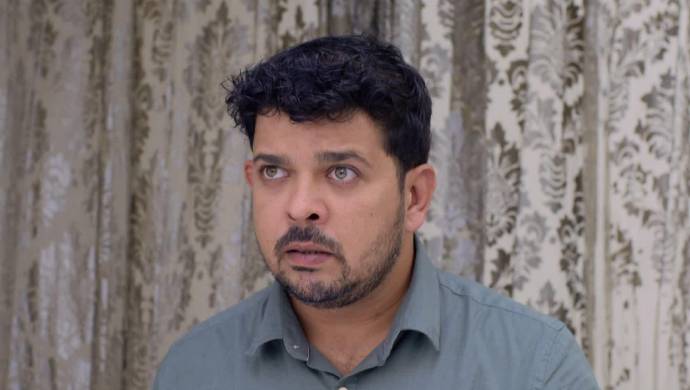 In the recent episode of Mazhya Navryachi Bayko, Gurunath has gone for Atharva’s PTA meeting at school. He suggests, in front of everyone, that there should be a school group made on WhatsApp. This idea is well-received by everyone in the meeting. Meanwhile, Radhika, who is at home, can’t stop thinking about Aai’s words that put her down. She is deeply hurt by Aai proving her that she is not an efficient mother.

As Radhika is doubting herself, Saumitra comes home to ask her answers for her irrational behaviour. She had missed the meeting with the board of directors. Radhika makes up reasons as Saumitra sees through it. During their conversation, Aai intervenes and starts telling him that Radhika has her own family that she needs to take care of. Aai feels Radhika needs to prioritise Gurunath and Atharva over her business. But, Saumitra replies that Gurunath had once upon a time thrown Radhika out of the house and it was her business that supported her through this phase.

Aai humiliates Saumitra by saying that she is never going to let Saumitra come in between her and Gurunath. She knows Saumitra has feelings for Radhika as she tries to exploit this point. Meanwhile, at Shanaya’s house, there is nothing to eat so Kedya sells Shanaya’s clothes and gets vada pav. On the other hand, Gurunath tries to impress everyone and gets gifts for them while trying to sway the people of Gulmohar away from Radhika.

6 Ethnic Looks Of Tula Pahate Re's Rajanandini That Will Appeal To You, View Pics