In Mazhya Navryachi Bayko, Saumitra takes Anand and Jenny's help to get close to Radhika. 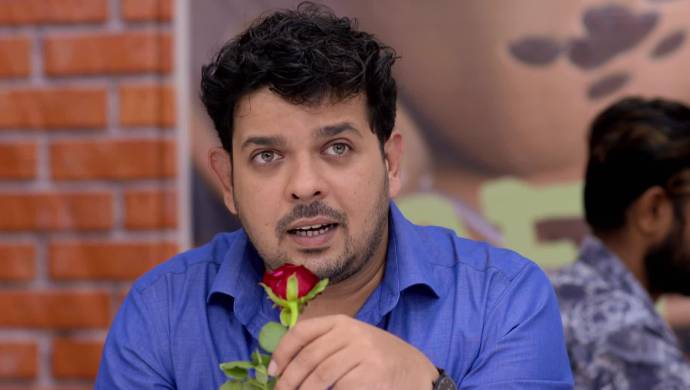 In the recent episode of Mazhya Navryachi Bayko, everyone is excited about Saumitra’s surprise birthday celebration. They want to prepare dishes that he loves. Radhika takes the front role in preparing these dishes. Meanwhile, Saumitra is rehearsing proposing to Radhika in front of Anand and Jenny in a restaurant. They are making fun of each other as Saumitra can’t be romantic enough. During this, Jenny tells Saumitra to propose to Radhika in the game of Antakshari.

Gurunath is dragging the pulley which has crockery on it. During this, he sees a family going happily on a scooter and he starts dreaming about being this joyful with Radhika and Atharva. In this period, he drops the pulley and objects fall and break. While collecting the shattered pieces, Gurunath hurts himself. At the same time, on the other hand, even Radhika breaks a glass.

Shanaya is worried about Popatrao’s advances and his pestering to get married to her. She is anxious about becoming Popatrao’s wife and going to Sakargaon with him. But, Mrs Sabnis assures her before that happens they will loot his money run away from there.

Everything is set for Saumitra’s birthday celebration. All the ballons are stuck on the wall and the dishes are ready. But, Saumitra is stressed out about the evening.