Shanaya spots Gurunath and Kedya in the pest control uniform. Revati's boss wants to cast Shanaya and Radhika against each other in a TV show. 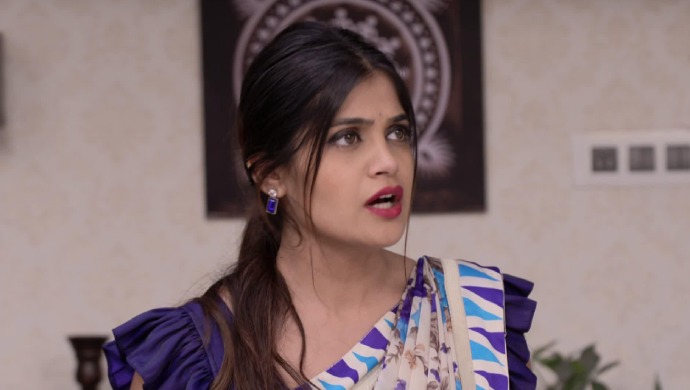 In the latest episode of Mazhya Navryachi Bayko on ZEE5, we see Gurunath and Kedya dressed in the pest control uniform with masks and glasses on. They accidentally bump into Shanaya who chases them down and creates a ruckus. While on a run, their masks slip and Shanaya gets a hint that Gurunath and Kedya have teamed up with Radhika.

Finally, when they take a breather, Gurunath sulks about the situation blaming Radhika and swearing to take revenge. Meanwhile, at the Radhika Masale office, Radhika tells her colleagues about the events that transpired at home. Her employees are surprised how readily Gurunath agreed to help her to which Radhika reveals that she had to blackmail him. In the end, they all hope Revati and Subodh reconcile. Radhika, on the other hand, thinks about the absent father Gurunath has been in Atharva’s life.

Shanaya meets her mom discloses the scenario she witnessed with Gurunath and Kedya. They both wonder if Gurunath has teamed up with Radhika as Shanaya fears his loyalties are shifting. Her mom asks Shanaya to not worry and reveals her meeting with Revati’s boss. She meets him when she goes to meet Revati to expose Radhika’s plan. Revati’s boss wants to cast Shanaya and Radhika together in a TV show against each other. Shanaya’s mom readily agrees to it but isn’t so sure about Radhika’s involvement. Revati’s boss assures that he will convince Radhika.

Meanwhile, Shanaya and her mom are excited and dream about Shanaya beating Radhika on the TV show and emerging victorious. Mahajani Kaka informs Radhika that Shanaya has spotted Gurunath. She discusses this situation with her colleagues.

The Mahajani couple along with Subodh, Revati and Neha have dinner together. During this, Mahajani kaka tries to bring Subodh and Revati close again. At Radhika’s house, Shanaya tries to leave the house when she is stopped by Gurunath and Aai. She confronts Gurunath about him and Kedya working as pest control men. He lies to her saying she is suspecting him unnecessarily. Not convinced by his lie, she continues to accuse him. Radhika enters the house and supports Gurunath, by saying that she met him at her office as both their companies are making a contract.

Guilty of lying, Radhika confesses to herself that she lied to not tarnish Guru’s image in Aai’s head.

Do you think Aai will come to know about Gurunath’s lie? Let us know in the comments below.

The BFFs Kareena Kapoor Khan and Amrita Arora Get Candid On Starry Night 2.oh On ZEE5