In tonight's episode, Popatrao thinks that Shanaya is still in love with him and goes back to Sakhargaon to make arrangements for their marriage. 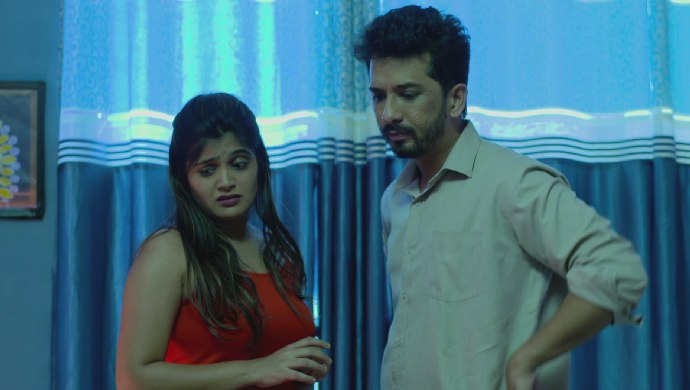 In the recent episode of Mazhya Navryachi Bayko, Shanaya tries to convince Mrs Sabnis to free Popatrao and returns him his money. But Mrs Sabnis is firm on her decision and tells her that Popatrao is a dangerous person and if he sets free then their life will be in danger. Later that day, Gurunath tells Shanaya that they need to find out where Mrs Sabnis has kept Popatrao. Shanaya follows Mrs Sabnis when she goes to meet Popatrao and finds out the location.

In tonight’s episode, Atharva comes home with Radhika and Saumitra. Aai and Baba notice that Atharva avoids talking to Saumitra and back answers him. Later when Radhika asks him the reason for his rude behaviour, he says that he doesn’t want Saumitra as his father. On hearing this, the latter gets shocked.

Meanwhile, Gurunath and Shanaya get the keys from Mrs Sabnis’ room while she is asleep. Shanaya takes Gurunath to the location where Mrs Sabnis has kept Popatrao. Using the keys, Shanaya goes into the hut and Gurunath waits outside to keep a watch. She unties Popatrao and apologises to him. He thinks that Shanaya came to free him because she loves him. He then tells Shanaya that he will go back to Sakhargaon and make arrangements for their marriage.

The next day, Atharva gets ready to go to school. Before he leaves, Aai and Baba explain to him that his father (Gurunath) was a bad person which is why he ran away from the family. And now they thought of getting a Baba for Atharva that is why they told his mother Radhika to marry Saumitra. Atharva doesn’t agree with this and says that Gurunath us his father. He then asks Radhika to promise that she won’t marry to Saumitra and the latter agrees to it.