Mazhya Navryachi Bayko 21 May 2019 Preview: Gurunath Has A Proposal For Radhika

In Mazhya Navryachi Bayko, Gurunath plans to give Radhika back her family and in return take her property. 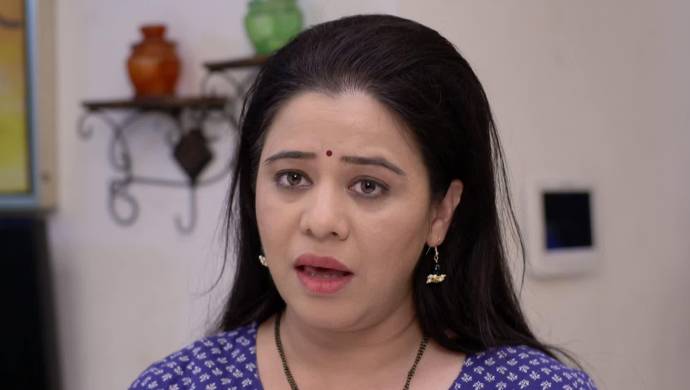 In the recent episode of Mazhya Navryachi Bayko, Gurunath spots Popatrao and Shanaya together and gets to fight with him. He insults Shanaya for having an extra-marital affair, but she retaliates saying he has done the same. Gurunath is shocked by this comeback as she walks out of there with Popatrao and Mrs Sabnis. Then, he cries about his luck and gets drunk with Kedya. Meanwhile, Popatrao decides to avenge his humiliation.

Radhika and Saumitra speak about her holding a press conference. He isn’t really in support of this idea as this could sabotage Radhika’s image even further. Radhika says she wants to put forward her proposal through this session. She wants to tell the person who has stolen her money to come forward and she will see to it that no harm comes his way. Meanwhile, Gurunath wants to do a barter deal with Radhika. He will give her proper family back in return he will get her Rs 300 crores worth company.

For more entertainment, check out Liftman streaming free on ZEE5.

Tula Pahate Re 20 May 2019 Written Update: Vikrant Confesses He Loves Isha And Goes Away