Shanaya and her mom try to expose Radhika in front of Revati. After getting to know about this, Radhika blackmails Gurunath into helping her. 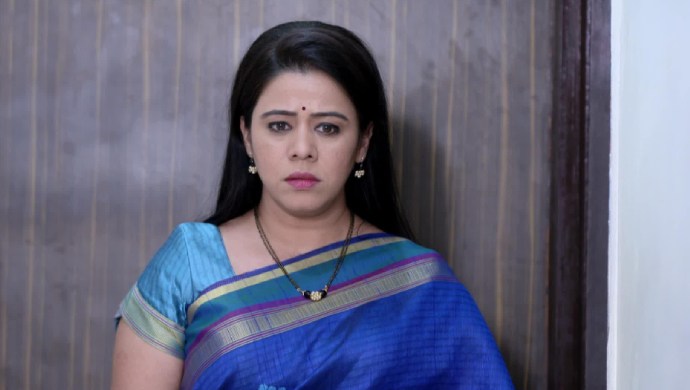 In the last episode of Mazhya Navryachi Bayko on ZEE5, we saw Radhika trying to resolve the differences between Revati and Subodh after the latter lands home drunk. She confesses to Aai that she has sent Mahajani kaka and kaku at Revati’s place under the pretense of pest control happening in their house. Unfortunately, Shanaya overhears this plan, briefs her mom about it as they are planning to expose her.

In the upcoming episode, we see Shanaya’s mom telling her over a phone call that she has done what she was supposed to do at Revati’s place. Now, they have to just wait and watch when Revati will unleash her anger on Radhika.

Radhika already knows Shanaya and her mom are going to create problems between her and Revati, as seen in the latest episode. So, she meets Gurunath and asks him to stop his ‘baccha’ from interfering. But, when Gurunath refuses to play by her rules, Radhika blackmails him saying that she will tell Shanaya the truth about his ‘real job’. Seemingly forced to be a part of this plan, Gurunath dresses up as the pest control man and bumps into Revati. Although he flusters a little in front of her, she doesn’t recognise him since his face is covered with a mask. Unknown to Revati, Radhika is witnessing this scene and encouraging Gurunath to carry on with his act.

Do you think Radhika will stop Shanaya and her mom? We would love to know your thoughts in the comments below.