In tonight's episode, Shanaya follows Mrs Sabnis and finds out where she kept Popatrao. 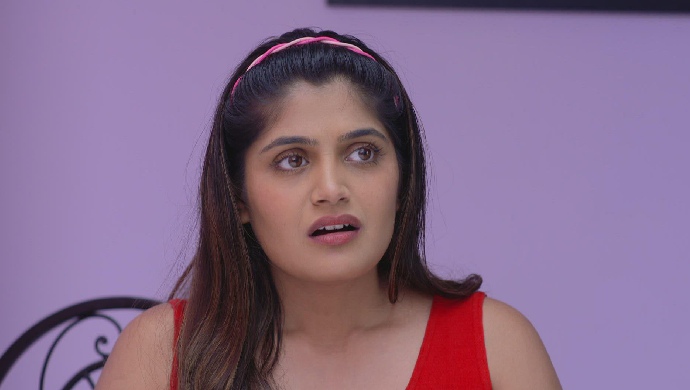 In the recent episode of Mazhya Navryachi Bayko, Radhika tells Saumitra that she is worried about Atharva. The latter tells her that he is too young to understand such things. The only way to deal with is this situation is to have patience. Next day, Atharva asks Radhika to stay away from him. Gurunath tells Shanaya to free Popatrao and return him his money. Shanaya tells him that her mother, Mrs Sabnis, won’t allow her to do so.

In tonight’s episode, Radhika, Anand and other colleagues are having a discussion about the quality control of the product and expanding their brand Radhika Masale in foreign countries. Meanwhile, Radhika seems lost in her thoughts as she is thinking about the threatening calls. Anand notices this and asks her to take rest.

Shanaya tries to convince Mrs Sabnis to free Popatrao and returns him his money. But Mrs Sabnis is firm on her decision and tells her that Popatrao is a dangerous person and if he sets free then their life will be in danger. Mrs Sabnis finds out that it was Gurunath’s idea. She scolds him for manipulating her daughter.

Later that day, Gurunath tells Shanaya that they need to find out where Mrs Sabnis has kept Popatrao. Shanaya follows Mrs Sabnis when she goes to meet Popatrao and finds out the location. There she sees Popatrao’s hands and legs tied with a rope and he is unable to move.

On the other hand, Anand calls Saumitra after seeing Radhika’s condition. He suggests both of them to go out with Atharva and spend some time with him so that he will open up. When Radhika and Saumitra come to pick up Atharva, he starts running away from them.

Akshaya Deodhar, Gayatri Datar, Ladoo Had A Fam-Jam That You Would Want To Be A Part Of