In tonight's episode, Urmila Mhatre tells the court that Radhika tried to bribe her to stay away from the matter. 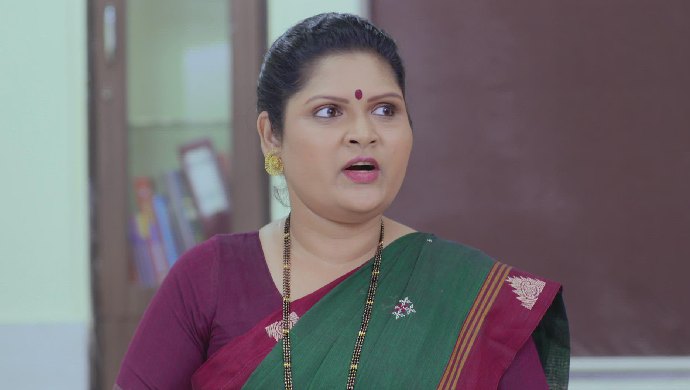 In the recent episode of Mazhya Navryachi Bayko, Shanaya’s lawyer, Paradkar calls Gurunath for giving his testimony and asks him the same question. Gurunath says that he is sure about Shanaya but he cannot say anything about Radhika. Paradkar concludes that the court must note this point that Gurunath has a doubt on Radhika. Radhika’s lawyer tells the history of Gurunath to the court and how he cheated his wife, parents and child and had an extramarital affair while he was married to Radhika.

In tonight’s episode, Radhika’s lawyer, Zunjarrao, tells the court about Gurunath’s history. He then asks for some time from the court to find proof. Shanaya’s lawyer opposes him but the judge seems convinced by Zunjarrao.

On the other hand, Saumitra comes out to talk to Baba and hears a person talking about how he mixed the poison in the food and Radhika got arrested for it. He immediately runs behind him to catch him but a third person hits Saumitra with an iron rod and the latter falls down unconscious. Meanwhile, the court gives another date for the results which gives four more days to Radhika to prove that she is not guilty.

Mrs Mukhyamantri: Will Suresh Be Able To Settle His Debt With Mama?