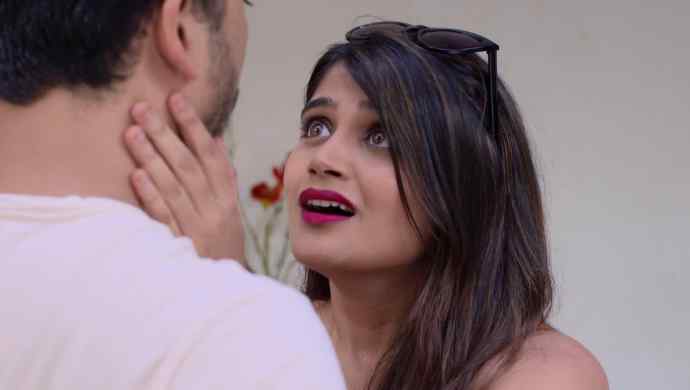 In the recent episode of Mazhya Navryachi Bayko, Radhika is tensed as everyone is waiting for her to come for the meeting. She is late as she is tending to Vahini and her son. Radhika’s co-workers try to lay her case in front of the board of directors but they are way too furious to listen. Meanwhile, after the watchman complains to Mahajani Kaka about Shanaya’s presence in Gurunath’s house, everyone decides to inform Radhika about it.

While Radhika is in the hospital, she gets a call from Nana informing her about Shanaya. Meanwhile, at home, Shanaya is pleading that she is Gurunath’s marital wife. She tells him that they have spent a lot of time together as Gurunath is reminded of the time when he threw Radhika out of the house. Shanaya confesses her love for Gurunath and tells him that she can’t live without him.

As Shanaya is hugging Gurunath, the bell rings and Radhika, Aai, Baba and the people of Gulmohar building are standing outside. Gurunath drags Shanaya outside and humiliates her. As she tries to speak about their relationship and hug him again, Gurunath slaps her. He throws her bags and asks her to get away from him. Meanwhile, at Radhika’s office, the situation is very tensed as the board of directors accuse her of being undisciplined. Sathe Madam tries to calm them but they are in no mood to listen to them.

These 5 Celebrity Couples Prove Age Is Just A Number