The Mahajani couple lands at Revati and Subodh's place according to Radhika's plan. Shanaya's mom tries hamper this plan by telling Revati. 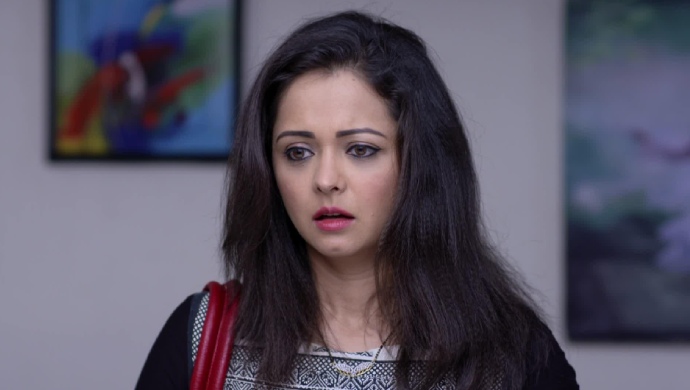 The latest episode of Mazhya Navryachi Bayko begins with Mahajani kaka and kaku landing for two days at Revati’s house according to Radhika’s plan. Their true agenda is to save Subodh and Revati’s relationship. However, as decided, they tell Revati, it’s the pest control that has made them look for accommodation at her house.

At first, the Mahajanis are flustered as they have to lie on Revati’s face. Surprisingly, kaku plays her part convincingly well and Subodh and Revati welcome them home. On the other hand, while Gurunath is soothing his eye-burn, Shanaya answers his employer’s call. Given Gary has lied about his ‘real’ job, she talks to the caller brashly before Gary could snatch the phone. Later, she quizzes him about the identity of the caller but is distracted when Gurunath gifts her a necklace. Sadly, for Gary, his plan to woo Shanaya goes for a toss when she confesses that she would preferred money over the gift.

Later in the episode, Shanaya then overhears Radhika and Aai’s conversation where she confesses to sending the Mahajani couple to Revati’s place. Both the ladies hope for a reconciliation between Revati and Subodh. Aai is very impressed by this and appreciates Radhika’s determination to bring people together. Their conversation ends on a happy note.

On the other hand, Neha is being pampered by the Mahajanis  as they go on with their life alongside Revati and Subodh. With an agenda of bridging the gap between them, Kaka asks Subodh to drop Revati at her office. Although Revati and Subodh agree in front them, later the still angry Revati goes separately.

Meanwhile, Shanaya who has sneakily heard Radhika and Aai’s earlier chat, updates her mom about this. After hearing this, Shanaya’s mom tells her that she is going to inform Revati about the real reason why Mahajani kaka and kaku have stayed at her house. She is all set to expose Radhika and ruin her relationship with Revati. Radhika is seen congratulating kaka and kaku for their help who tell her that they have sent Revati and Subodh together to the office. Little do they know, their plan has failed.

Shanaya’s mom shows up at Revati’s office to expose Radhika, but Revati hardly believes her. Dancing in happiness for the havoc she is about to cause, Shanaya tells Gary about her mother’s attempt to sabotage Radhika. However, Gary tells her to stay out of this, which she completely refuses. Meanwhile, Radhika overhears this conversation between Gurunath and Shanaya and decides to take action.

Will Shanya’s mom be successful in ruining Radhika and Revati’s friendship? We would love to hear your thoughts in the comments below.