In tonight's episode, Atharva thinks that his mother is a bad person she punished his father, Gurunath. 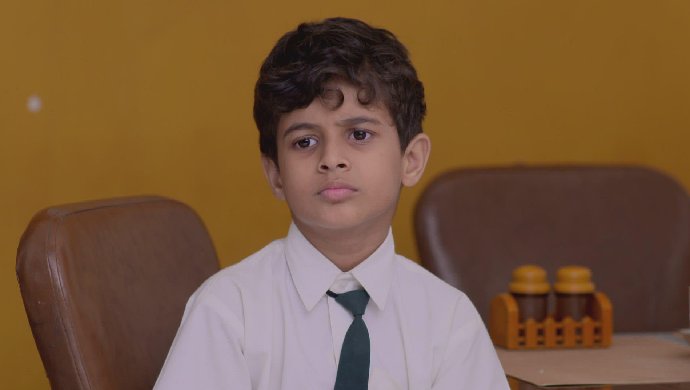 In the recent episode of Mazhya Navryachi Bayko, Radhika gets a call from the same person and he tells her to check if Atharva has reached home safely. When they go to school, the teachers tell her that Atharva was in the bus queue but he suddenly went somewhere. After searching for a while, they see Atharva talking to Gurunath. Radhika assumes that Gurunath tried to kidnap her son and the peon of the school start beating Gurunath. Atharva comes in between and says that some unknown person was trying to take him away but his father came there and saved him.

In tonight’s episode, Gurunath returns home and tells Shanaya and Mrs Sabnis about the incident that happened when he met Atharva. Both the ladies get angry at him for meeting Atharva. On the other hand, the police inspector tells Radhika that the location of the caller has been traced and her subordinates are on it.

Radhika tells Saumitra that she is worried about Atharva. The latter tells her that he is too young to understand such things. The only way to deal with is this situation is to have patience. Next day, Atharva asks Radhika to stay away from him and tells Aai to give him the tiffin instead.

Later that day, Gurunath tells Shanaya that it wasn’t his fault rather he was trying to save Atharva. He then tells Shanaya that she should also do the right thing before it’s too late. He asks her to free Popatrao and return him his money. Shanaya tells him that Mrs Sabnis won’t allow her to do so. But the latter says that if she doesn’t free Popatrao then one day he will return and create a huge problem.

Which Hairstyle Do You Prefer On Jaago Mohan Pyare's Shruti Marathe?