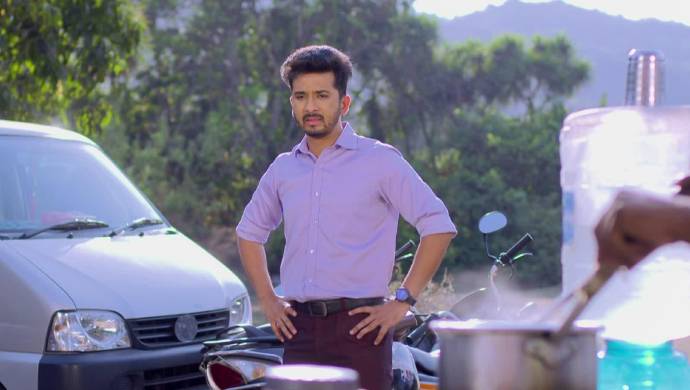 In Mazhya Navryachi Bayko’s episode, Saumitra confesses his feelings for Radhika. This time, she isn’t angry and wants to remain friends with him. Then, he meets Anand and Jenny over an ice cream as he reveals his plans to move back to America. Due to this, he may not be able to attend their wedding. On the other hand, Shanaya reaches home and comes face-to-face with Gurunath. He is angry with her for hiding things for him. She apologises but he walks out. Meanwhile, her mother comes to know about Popatrao who has gifted Shanaya vintage haar. Mrs Sabnis seeks this opportunity to fulfil her dreams of becoming rich.

In the morning after reaching office, Radhika shares her experience at Sakargaon with her colleagues. She announces that she is adopting the village. Then, Radhika bestows some responsibility of Sakargaon upon Shreyas. This is followed by giving papers of farmers’ lands to Panwalkar Sir. Gurunath sees this and quickly plans to steal these lands to become rich. After the reunion, Panwalkar Sir and Radhika go to keep the papers in the safe. Gurunath follows them and gets caught by Radhika who starts questioning his motives. But, he makes up some reason saying he wanted to congratulate her. Radhika confesses that it’s going to be difficult for her to work on Sakargaon’s reconstruction.

At Sakargaon, Popatrao starts threatening the people after Radhika is gone. He is still angry about being humiliated in front of Shanaya and Radhika. The villagers support her but he starts poisoning their mind against her. They take about the faith they have on Radhika and the opportunities she is going to create for them. Finally, he promises that Radhika is going to break their trust. Meanwhile, Gurunath takes Anand out for tea to discuss Radhika and Saumitra’s affair. Anand gets angry but Gurunath asks him to stop Saumitra from going. Hearing this, Anand gets furious and walks out saying he can’t do that. Gurunath is irritated.

Shanaya’s calls are not answered by Gurunath. Kedya sees this and pushes her to stop supporting her mother and support Gurunath. At the office, Anand talks to Radhika that Saumitra is leaving as they are best friends. Radhika promises to talk to Saumitra and stop him from going back to America.

For more entertainment, check out the funny series Liftman streaming on ZEE5.