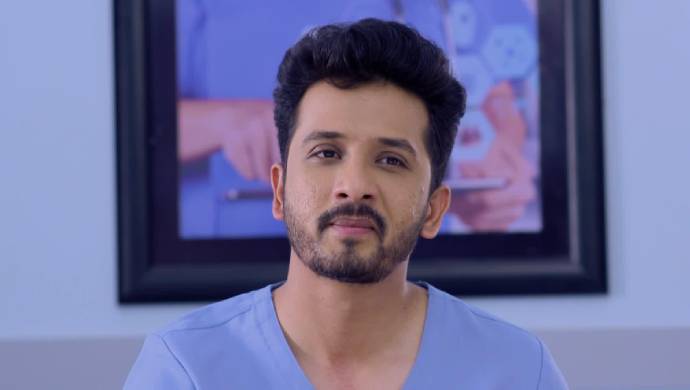 In the recent episode of Mazhya Navryachi Bayko, Shanaya has gone to Gurunath’s mother to falsely tell her that Gurunath is ill. Aai falls for Shanaya’s acting and goes to her house to tend to Gurunath. As Aai is in Shanaya’s home, Radhika and Saumitra are outside the flat keeping an eye on Gurunath. They both want to find proofs that Gurunath is behind calling Radhika. Radhika and Saumitra spot Aai exiting outside the flat and are surprised to see her meet Shanaya. This creates a misunderstanding in Radhika’s mind.

Shanaya is happy to see her evil plan work against Radhika. But, Gurunath doesn’t like seeing his mother being embarrassed in front of everyone. As predicted, Aai is reprimanded by Baba and everyone else for going to Shanaya’s house and speaking to Gurunath. She tries to defend herself but Baba doesn’t listen. Baba thinks Gurunath is using Aai’s innocence to create a rift in the family. He is upset that Aai’s love for Gurunath hasn’t changed even after all that Gurunath did.

The next morning, Shanaya comes home and tries to be sweet with the Subhedar family. Aai asks her to get out of the house but Baba again starts blaming Aai. Then, Radhika throws Shanaya out of the house. After returning home, Shanaya promises to create fights in Radhika’s family. Her first move is to arrange Satyanarayan’s puja.

It is revealed that Kedya is threatening Radhika. Kedya steals Radhika’s important file and gives it to Gurunath who wants to take revenge on Radhika.

Swarajyarakshak Sambhaji: 5 Jewellery Items Worn By Lavangi Bai That You Can Get Online