In Mazhya Navryachi Bayko, Radhika threatens to give Shanaya in police custody if she doesn't co-operate. 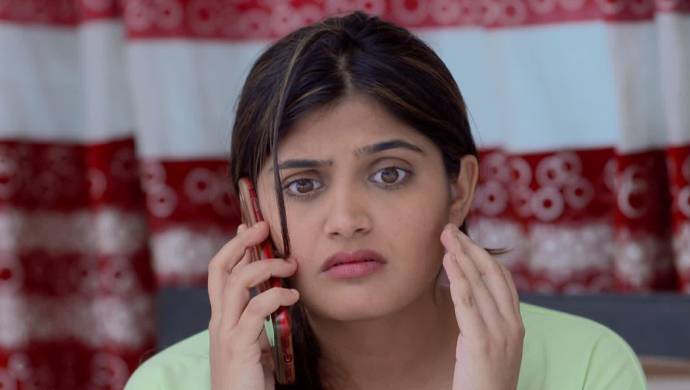 In the recent episode of Mazhya Navryachi Bayko, Radhika asks Shanaya if she has tried to meet Gurunath again. Shanaya says no as Radhika threatens to imprison her if she steps outside her line. Meanwhile, Saumitra and Anand discuss Radhika’s phone call the previous night. Anand tells Saumitra to take the matter up with Radhika. On the other hand, according to Radhika’s plan, Shanaya lies to Gurunath that she and Mrs Sabnis are leaving the city. Gurunath gets worried and decides to meet her.

Radhika asks the employees to gather as she announces that there is an important meeting the following day. The people invited are the board of directors and the farmers. Radhika keeps the reason hidden from everyone including Saumitra. Meanwhile, Gurunath reaches to meet Shanaya and Mrs Sabnis at Kedya’s house. He comes with the suitcase full of money as Mrs Sabnis and Kedya are lured towards the bag. Gurunath is confident that he will snatch Radhika’s company while he proclaims to have zero interest in the money.

Gurunath tells Mrs Sabnis and Shanaya that he is going to give the cash to Radhika. His end plan is to keep Radhika indebted to him after she sees he has helped her in this situation. During this conversation, Shanaya goes into the bedroom and calls Radhika. She tells Radhika that Gurunath has come to her place with wads of cash. After telling Radhika this, Shanaya expects her to give some part of the farmers’ money to her and Mrs Sabnis. But, Radhika flatly denies.