In tonight's episode, Shanaya's lawyer asks Baba if he thinks Gurunath is responsible for whatever has happened. 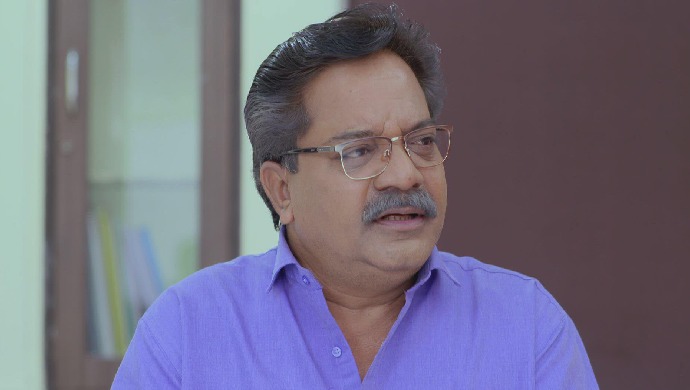 In the recent episode of Mazhya Navryachi Bayko, Saumitra and Raghu go to Sakhargaon to find the person who attacked Saumitra in the village. Just then, they find the guy standing at the tapri and run behind him to catch him. The person leads to Popatrao and he tells them that they are surrounded by his supporters. Popatrao then admits that he was the one, who actually planned the poisoning to punish Shanaya, but Radhika got accused of it.

In tonight’s episode, advocate Zunzarrao, who is fighting Radhika’s case, calls witnesses who are aware of her personality in the court. He calls the lady who works at Radhika Masale and stays in Urmila Mhatre’s locality. She then tells the court that Urmila Mhatre keeps on provoking people against Radhika.

On the other hand, Saumitra tells Popatrao that because of him Radhika is in trouble and might have to go to jail. The latter refuses to listen to him until Saumitra says that Shanaya will benefit from this. He explains further saying that if Radhika goes to jail, Shanaya will become the owner of Radhika Masale, and Gurunath and he will enjoy it. Popatrao is now in confusion if he should help Radhika or let Shanaya win the case.

Later, Baba comes to court to give testimony and he tells that he has accepted that his son is dead. Shanaya’s lawyer starts to cross questioning him. He asks Baba if he thinks Gurunath is responsible for whatever has happened. The latter says yes and then the lawyer keeps asking him if he would punish Gurunath. Baba says a yes in anger and the lawyer highlights this point by telling the court that like Baba even Radhika might have done this to take revenge against Shanaya.

Mazhya Navryachi Bayko 3 December 2019 Preview: Popatrao Is About To Change His Decision?