In Mazhya Navryachi Bayko, Shanaya's mother takes money from Popatrao in exchange for her daughter's hand in marriage. 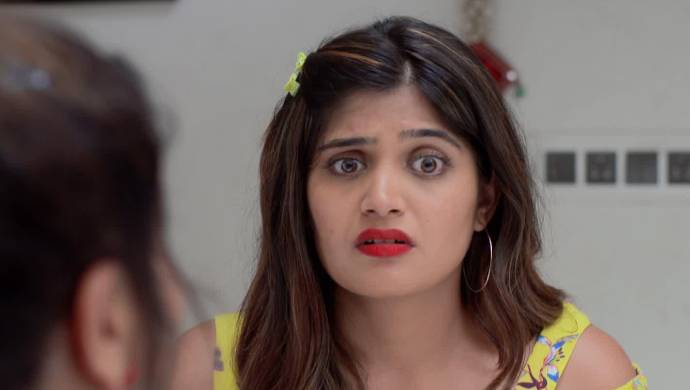 In the recent episode of Mazhya Navryachi Bayko, Radhika, Saumitra, Revati and Subodh arrive at the dance competition venue. Radhika is nervous due to the injury on her leg but all her friends encourage her to do well. Gurunath, who overheard Radhika and Revati’s conversation, reaches the dance competition venue. After Radhika’s name is announced, she goes on stage. As she is dancing, Radhika falls and Saumitra gives her a helping hand.

Saumitra makes Radhika stand and she continues with her performance. She gets a special trophy for participating in the competition with determination even when injured. During her speech, Radhika thanks Saumitra for his help which is heard by Gurunath. Someone, then, asks Radhika if Saumitra is her husband. Meanwhile, Gurunath tells Shanaya that her mother has asked for Rs 10 crore from Popatrao. Shanaya gets angry and speaks to her mother who says she will have to get married to Popatrao.