In Mazhya Navryachi Bayko, Shanaya doesn't like Gurunath constantly snapping at her for no reason. 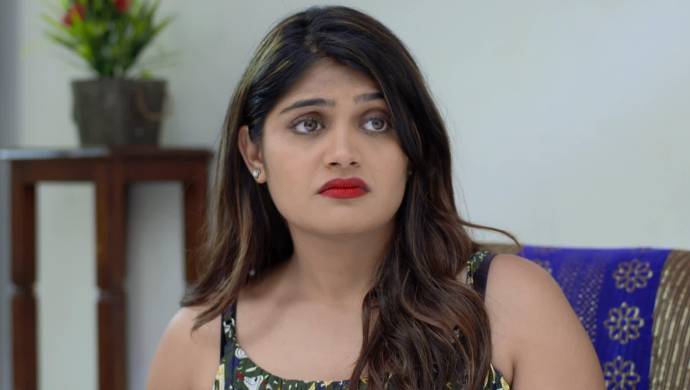 In the recent episode of Mazhya Navryachi Bayko, Anand, Jenny and Panwalkar Sir are happy to see that Radhika Masale’s financial situation is improving. As Shanaya enters, they taunt her for interfering in their business. Shanaya gets angry and walks out of there. Then, Shanaya goes inside the cabin and calls Rajwade. She informs him about Radhika Masale’s deal with the foreign delegates. Rajwade is irritated hearing this news and reprimands Shanaya. They both decide to stop Radhika’s deal with the other company because this would cause their loss. Shanaya and Rajewade want Radhika Masale to be indebted to them.

Radhika, on the other hand, introduces her factory women to the people who handle international marketing of her company. She wants to include her factory ladies in Radhika Masale’s advertisement. Hearing Radhika’s proposal, both the parties are happy. Radhika’s employees thank her for always putting them first. She, then, announces that she is going to give them a nice bonus during Diwali.

A depressed Gurunath is still plotting Radhika’s downfall. He blames Radhika for his bad luck. During this, Shanaya gets him a cup of tea. As Gurunath drinks the tea, he spits it out realising it is too salty. He begins shouting at Shanaya and calls her ‘Good For Nothing’. Shanaya feels humiliated and shouts back at Gurunath. She starts crying and calls Kedya to complain about Gurunath. Meanwhile, Radhika announces the good news about her business in front of Saumitra and Aai and Baba. She mentions that they should celebrate Aai and Baba’s 40th marriage anniversary.

Diwali Special: 5 Kurta Styles For Every Man During Those Fashion Emergencies