In tonight's episode, Radhika's lawyer tells the history of Gurunath to the court and how he cheated his wife and parents. 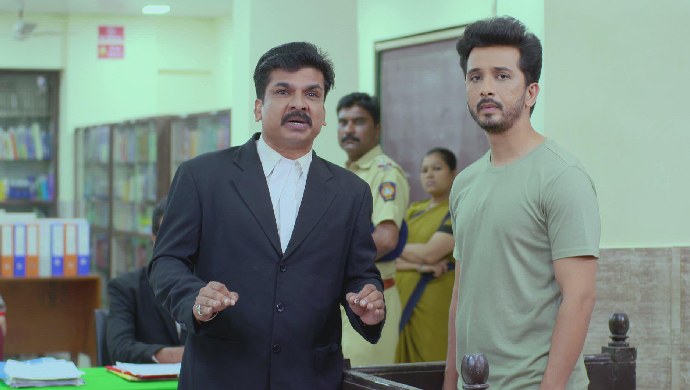 In the recent episode of Mazhya Navryachi Bayko, Urmila Mhatre asks Shanaya to make sure that Gurunath gives a testimony against Radhika so that they will have a strong point against her. At home, Nana motivates everyone to stay positive and pray. When Radhika reaches the court, Urmila Mhatre taunts Radhika for not accepting her offer. Saumitra gets hyper and asks Urmila Mhatre to let the court decide who is guilty and who is not.

In tonight’s episode, Radhika’s lawyer calls Kamlabai for testimony. He asks her who arranged the party and if anything had happened then who is supposed to be responsible for it. Despite knowing the answer, Kamlabai stays silent as she is threatened by Urmila Mhatre. At home, Atharva asks Aai about Radhika but she tells him that Radhika is busy with some important work and that is why he needs to understand the situation.

Later, Shanaya is called for testimony and she tells the court that Radhika has always opposed her. Not only her but also the employees of Radhika Masale harassed her. She also tells that she arranged the party with her own money because Radhika did not approve the idea. Shanaya’s lawyer asks her who does she think is responsible for the incident and the later tells Radhika’s name. Hearing this, Anand gets annoyed.

Shanaya’s lawyer, Paradkar then calls Gurunath for testimony and asks him the same question. Gurunath says that he is sure about Shanaya but he cannot say anything about Radhika. Paradkar concludes that the court must note this point that Gurunath has a doubt on Radhika. Just then, Radhika’s lawyer tells the history of Gurunath to the court and how he cheated his wife, parents and child and had an extramarital affair while he was married to Radhika.