In Mazhya Navryachi Bayko, Gurunath hopes to become the CEO but he doesn't win enough votes. 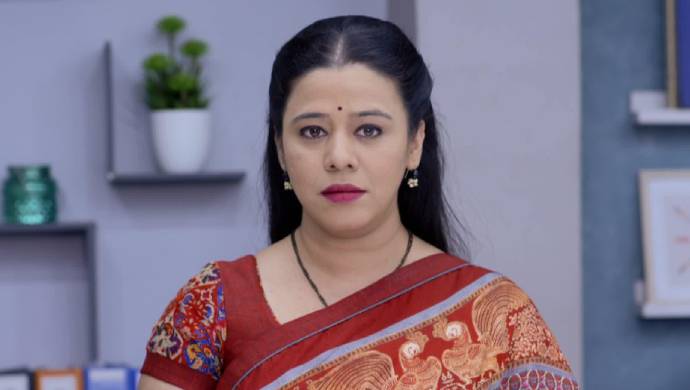 In the recent episode of Mazhya Navryachi Bayko, everyone is left shaken after the chaos at Radhika Masale. Baba calls Anand offering him to come to the office but Anand asks him to wait as the situation is too tensed. Radhika is too broken and starts wondering where she has gone wrong. At night, she shares her feelings with Atharva. Meanwhile, Shanaya and Mrs Sabnis are regretting being a part of Gurunath’s plan. They decide to take help from Popatrao who they deem is smarter.

At the Subhedar house, Gurunath is acting normally as if nothing has gone wrong. This annoys both his parents as Baba still thinks he is the suspect. At the office, Radhika requests Saumitra to buy the company as she doesn’t want the employees to get into trouble. Radhika is feeling guilty for the trouble she has gotten the entire company in. She thinks she can’t get out of this difficulty as her name is too sabotaged to regain the same respect and trust. Saumitra motivates her to not run away in the face of crisis. He wants her to face it bravely.

Sathe Madam calls Radhika asking her to not back down and calmly face the situation. She tells Radhika the board of directors want to have a meeting with her urgently. Radhika has decided to hand over the company and abandon all her rights. Saumitra doesn’t listen and gives her Atharva’s example. He thinks women are looking up at her and she is their role model, such women are hoping Radhika will emerge successfully from this bad publicity.

Gurunath has convinced one of the men from the company to take his name for the position of CEO. He is growing too impatient to snatch the company from Radhika’s hands. Meanwhile, as Radhika announces her resignation to her employees, they say that they wouldn’t be interested in working if Radhika isn’t a part of it. On the other hand, Popatrao is flattered to see Shanaya and Mrs Sabnis have come to see her. He tells them that he is going to take revenge on people who hurt him. Hearing this makes them nervous as they are behind Popatrao’s accident.

In the meeting with the Board of Directors, Radhika suggests they could first prove that this was a robbery and not a fraud. This will help their situation. But, not everyone is ready as they want her to step down. Radhika says, that she accepts all the accusations against her. But, she defends her decision to help the farmers. She proudly wants to keep working for this. She says she is going to give money from her own company regardless of the losses of the company. Radhika asks them to give her two days.  Meanwhile, Radhika wins the votes against Gurunath. On the other hand, Gurunath asks Kedya to meet him as he is hoping to become the CEO of Radhika Masale.

For more entertainment, check out your favourite Marathi shows streaming free on ZEE5.

Want Frizz-Free Hair Like Akshaya Deodhar? Use These Easy Techniques