In Mazhya Navryachi Bayko, Radhika thinks highly of Saumitra who has been with her through her highs and lows. 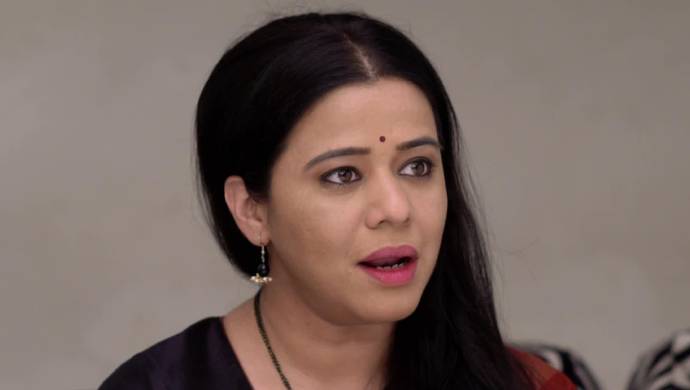 In the recent episode of Mazhya Navryachi Bayko, Shanaya and Mrs Sabnis returning from their shopping trip. They have lied to Popatrao that Shanaya has gone for a cookery class. Popatrao wants Shanaya to cook for him delicious dishes. Meanwhile, Radhika dreams that Gurunath is stealing Atharva from her and she wakes up screaming. On the other hand, Baba calls a meeting with the people of Gulmohar society, they want to get Radhika and Saumitra close to each other.

Popatrao gets Shanaya a new saree but she and Mrs Sabnis tell him that they don’t know how to drape it. Mrs Sabnis tells him that he needs to give them money to join a class that teaches saree draping. Meanwhile, Radhika wants to host a surprise birthday party for Saumitra. On the other hand, Gurunath is made to do laborious work for the first time in his life.