In Mazhya Navryachi Bayko, Gurunath fights with the farmers as they retaliate by breaking things in Radhika's office. 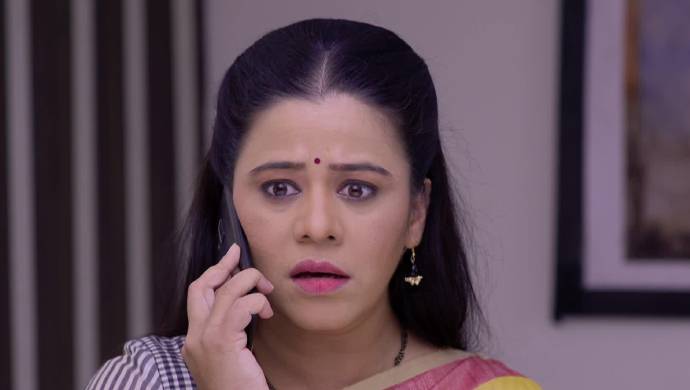 In Mazhya Navryachi Bayko’s recent episode, Mrs Sabnis and Shanaya are being overdramatic in front of the police and Radhika.  She pleads to them to reveal if they have been a part of this plan or if they know anyone who is behind this. Mrs Sabnis and Shanaya act innocent and keep their mouth shut. Meanwhile, in Radhika’s office, the people have come to threaten Radhika. Taking this opportunity, Gurunath creates havoc in the office under the pretence of defending Radhika. He starts screaming at these men and manhandling them. Shreyas intervenes as Anand pulls Gurunath back.

The farmers vandalise the office as Gurunath continues to physically fight with them. Amidst this scenario, he has an evil smirk on his face. Meanwhile, at Shanaya’s house, Kedya comes with the bag of money and informs them about Popatrao’s situation. They both are worried about Popatrao whose neck is in a bad condition. But, he is happy that his men are raising hell in Radhika’s office.

Shreyas and Panwalkar Sir try to stop it, but the protestors are out of control. Radhika and the police reach office as they are greeted by an angry mob of people. They bash Radhika even after the cops try to intervene. She says she is trying her very best to get their money back. However, they revert saying that she should control her people who don’t have manners and hint at Gurunath. On the other hand, he is enjoying the situation seeing Radhika devastated in front of the world.

At the Subhedar house, Aai and Baaba are tensed to see the chaos on TV as the media has reached there. They ask Revati for help since she hails from this background. She says all the media people aren’t in her control so there isn’t much that her company can do.