In Mazhya Navryachi Bayko, as Radhika is away Gurunath fights with the farmers and creates chaos. 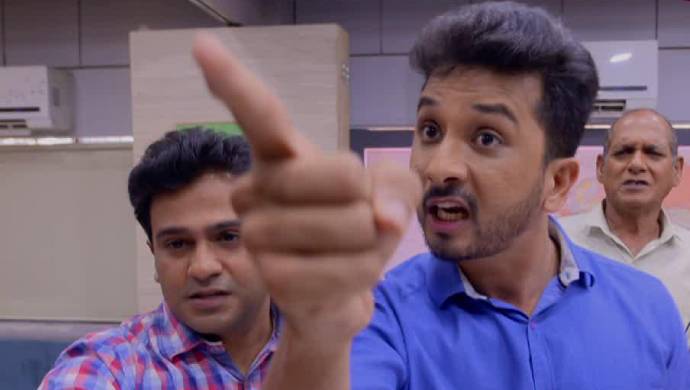 In the recent episode of Mazhya Navryachi Bayko, Gurunath warns Kedya about the cops coming to his house to look for the stolen money. Kedya panics and calls Mrs Sabnis as they decide to throw the bag out of the window. Kedya who is below the building catches it and runs. The cops grill both Shanaya and her mother about this issue and look for the money in every nook and corner of the house. Unfortunately, they find nothing.

As Radhika and the cops are in Kedya’s house investigating the matter further, Radhika threatens Shanaya of worst consequences if she is caught in this money heist. Shanaya doesn’t pay attention. On the other hand, Gurunath worsens the situation at the office. He starts fighting with the farmers who have come to protest in her office. He humiliates them and physically manhandles them. The press is called and Radhika has to intervene. She pleads to them to allow her some time as she is going to repay their money. However, the agitated farmers want to pull her to the court.