Preparations for Anand and Jenny's engagement are in full swing. 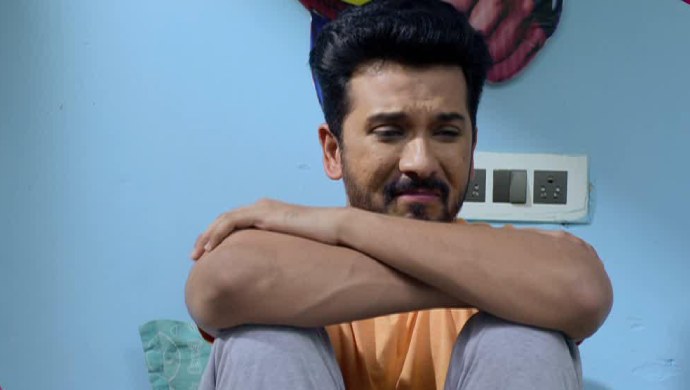 In the recent episode of Mazhya Navryachi Bayko, Shanaya asks her mother, who was at the door while she had gone to have a bath. Mrs Sabnis replies it was Gurunath and tells her the conversation she had with him. Shanaya is upset her mother lied to him saying she has gone on a date with Aditya Jahagirdar. But, her mother thinks if only Gurunath is pressured, he will find himself a good job. On the other hand, Shanaya feels he could do something wrong under such circumstances, but Mrs Sabnis denies this possibility.

Jenny, Anand and Saumitra are sitting in Radhika’s cabin and discussing Revati and Subodh’s patch up. Radhika has got sweets for that occasion. Then, they start talking about Anand and Jenny’s engagement as he is afraid of tying the knot. After joking about this, Radhika tells them to honour each other throughout this journey and take care of each other and trust as well. During this, Saumitra is caught by Radhika while staring at her. He jokes about it and quickly changes the topic. At home, as Atharva is studying, he confesses to Gurunath that he finds history difficult. Gurunath tells him that he will teach him. But, Aai comes and pulls Atharva away from him.

Radhika, Atharva and Aai are dressing up for the engagement. Gurunath gets curious about the occasion, but no one is talking to him. As Radhika makes tea for him, Aai taunts Gurunath. Finally, the innocent Atharva tells him about the occasion. At the engagement, Anand is uncomfortable with his attire. But, Shreyas and Saumitra calm him down. Radhika has made arrangements for all the decorations at the marriage. Anand’s parents ask about Gurunath and Radhika attending the wedding together which flusters everyone. Saumitra says Radhika is on the way. Meanwhile, Gurunath is wondering why Anand didn’t invite him for the engagement as they were close friends. He is hurt that he can’t attend the wedding.

What do you think will Gurunath will do? Let us know your thoughts in the comments below.

Meanwhile, if you have loved watching this love triangle, then, you will love the romance of Chitra Vichitram exclusively on ZEE5.