In Mazhya Navryachi Bayko, Gurunath collapses on the road and is brought home by a stranger who helps him get work. 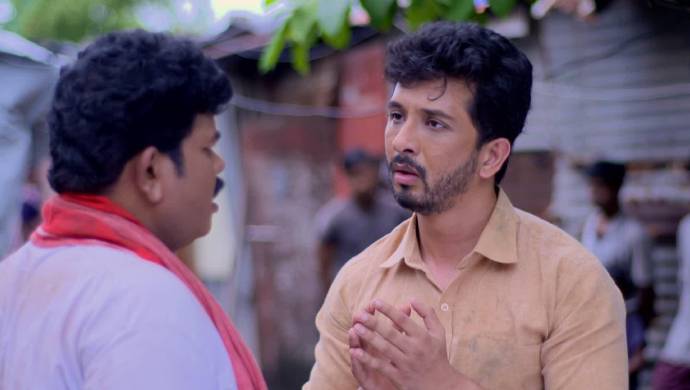 In the recent episode of Mazhya Navryachi Bayko, Shanaya and Mrs Sabnis are happy with Popatrao’s generosity. They think, unlike Gurunath, he is nicer and innocent. During their conversation, Popatrao calls Shanaya to ask what she learnt in her cooking class but she lies to him about it. Meanwhile, Aai and Baba are discussing Gurunath’s incident at Atharva’s school. Radhika comes and Baba asks her about this. As they are talking, Aai is feeling bad about Gurunath’s condition however Baba changes the topic. He wants Radhika to fulfil all his dreams which Gurunath failed.

At night, Aai and Baba are sleepless due to Gurunath. They are missing him but Baba tells her to focus on Radhika than feeling sad about Gurunath. Radhika, who is sleeping in her bedroom, dreams Gurunath has entered the house and taken Atharva. She wakes up screaming and sweating.

The next day in the morning, Popatrao asks Shanaya to make the recipes she has made in the cooking class. To save Shanaya from Popatrao, Mrs Sabnis secretly calls for a dish which they lied was taught in the cooking class. Guruji says the dish tastes like it is made in a restaurant. Hearing this, Mrs Sabnis quickly tells another lie. During this, Shanaya and Mrs Sabnis tell Popatrao to buy her a new car. He easily agrees.

Baba calls Anand and the men of Gulmohar society at home. They are planning to get Saumitra and Radhika close. Meanwhile, Gurunath collapses and is helped by a poor man. He tends to Gurunath and after some time the latter wakes up. Then, Gurunath pleads to that man to give him some work.

You Need To Watch Fun Family Drama Akoori With Your Loved Ones!