In Mazhya Navryachi Bayko, Gurunath doesn't like the way Radhika treated him and hence he decides to get revenge. 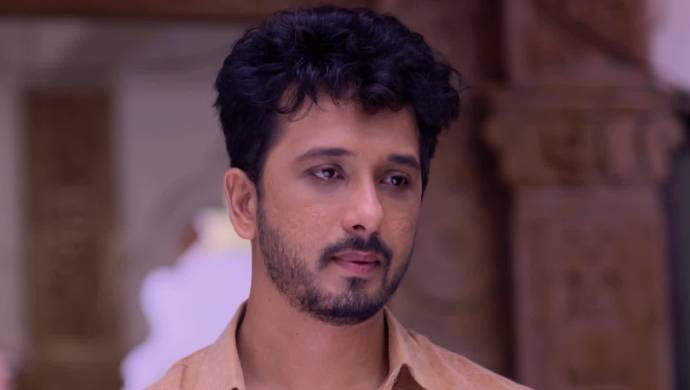 In the recent episode of Mazhya Navryachi Bayko, Gurunath shames Radhika for leaving him and getting married to Saumitra. He accuses Radhika of using him and then discarding him when her purpose was over. Hearing this, Radhika comes down from her stage and asks him where she has mistaken. She then reminds him of all the compromises which she had done for him after their marriage. She tells him that her only mistake was forgiving him. Gurunath is accused of never giving importance to Radhika or their marriage as he was overly ambitious about his career. Radhika says she also hoped for him to return but he never even thought about her.

Radhika compliments Saumitra for always being by her side and proclaims being proud of him. She says even Atharva gave his permission to her and Saumitra’s marriage which is why she decided to go ahead. Radhika announces that every woman has the right to rebegin her life and she is going to prove it to everyone. Radhika tells Gurunath that he is so selfish that he can never be hers or Shanaya’s. Finally, Gurunath is thrown out of the hall by everyone after which Radhika and Saumitra get engaged.

Shanaya is crying in front of Kedya fearing that Gurunath has left her. But, on her way back home, she finds a drunk Gurunath crying and fallen on the road. She brings him home and tries to console him. Then, Shanaya promises to take revenge on Radhika. The following day, Kedya and Shanaya try to uplift Gurunath’s spirits.

Revamp Your Playlist With These Songs From Ti Saddhya Kay Karte