In Mazhya Navryachi Bayko, Kedya calls Shanaya and Mrs Sabnis to forewarn them about police's investigation. They throw the bag outside the window. 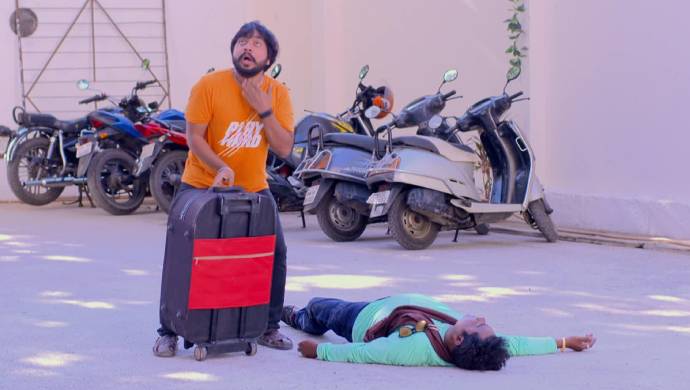 In the recent episode of Mazhya Navryachi Bayko, Gurunath calls Kedya to inform him the cops are heading to his house. Kedya gets anxious about hearing this news and wants to run away. Gurunath’s plan is to get the bag out from Kedya’s house before Radhika and the police reach there. Meanwhile, Popatrao’s support for the villagers has agitated them more against Radhika. They are finally meeting the lawyers and lodging a complaint against Radhika.

Popatrao is planning something big against Radhika. He wants to humiliate her in front of her loved ones. Meanwhile, Shanaya is trying to pester Mrs Sabnis to spend the money. She wants to repay Popatrao’s money back to him but Mrs Sabnis prohibits her from doing so. Shanaya’s mother wants to loot Popatrao’s property while manipulating him.

Kedya reaches below his building and finds police walking towards his flat. He calls Shanaya’s mother asking him to throw the bag from the window as he will catch it. Mrs Sabnis is hesitant in trusting Kedya thinking he will run away with the bag of money. However, she listens to his plan and does as said. While Kedya is waiting for the suitcase, Popatrao’s comes to meet him. Kedya panics as he wants to hide the truth from Popatrao. Meanwhile, Shanaya’s mother throws the bag on to Popatrao’s head and he collapses. Kedya runs away way with the bag and Shanaya and Mrs Sabnis finally open the door.

They are investigated by the police as Shanaya leaves a clue for them to suspect her even further. She says she doesn’t have any bag in the house, which makes Radhika and the police start staring at her. This is followed by searching for the bag in all the cupboards in Kedya’s house. To take the blame off her daughter, Mrs Sabnis asks them to investigate Gurunath who could be a suspect.