In Mazhya Navryachi Bayko, Gururnath comes to Radhika's engagement and humiliates her in front of everyone. 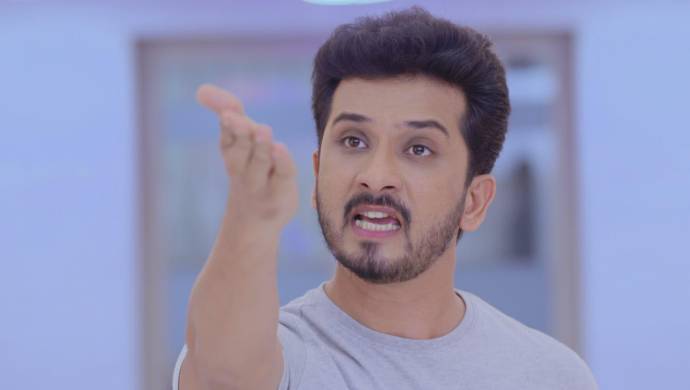 In the recent episode of Mazhya Navryachi Bayko, Radhika’s relatives enter the Subhedar house and start shaming Aai and Baba for remarrying their daughter-in-law. They aim to stop Radhika from getting engaged to Saumitra. Aai tries to calm the relatives down as Baba reiterates that the way Gurunath behaved with Radhika was wrong. Just because of Gurunath’s mistake, Radhika shouldn’t have to live an unhappy life without a partner. The relatives keep defending their stance but Baba doesn’t listen to them. Then, Aai and Baba compliment Radhika’s efforts during her marriage with Gurunath. Hearing this, the relatives apologise to Aai and Baba and accompany them to Radhika and Saumitra’s engagement. Gurunath, who secretly witnesses this scenario, is disappointed to see the outcome.

Radhika starts crying in front of Aai and Baba and expresses her gratitude for defending her. She tells them that she is proud to have them as her parents. Baba, in turn, assures her that they will always be by Radhika’s side no matter what. After Radhika reaches the venue, she sees her son, Atharva, and Saumitra’s mom sharing a candid moment. She smiles with satisfaction seeing this.

As Radhika and Saumitra are about to get engaged, Gurunath enters the hall and starts clapping sarcastically. He insults Radhika for acting innocent and deceiving everyone. Then, Gurunath accuses Radhika of using him and banishing him when her purpose was over. Radhika is told that even she had an affair with Saumitra the way Gurunath had an affair with Shanaya. If that isn’t enough, Gurunath accuses Radhika of manipulating their loved ones and stealing his parents from him.