In tonight's episode, the employees of Radhika Masale assure Radhika that they are with her and they will definitely win the case. 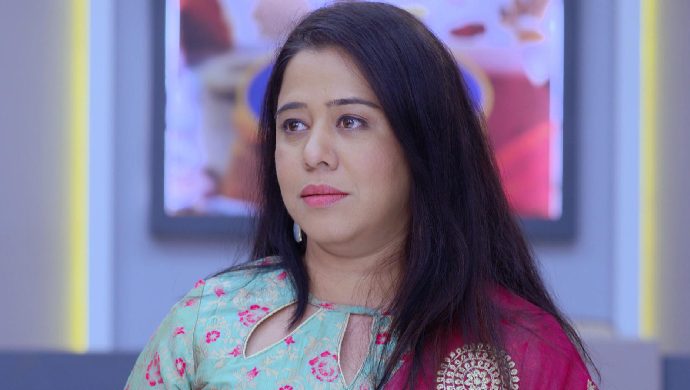 In the recent episode of Mazhya Navryachi Bayko, Urmila calls Shanaya and asks her to convince Gurunath to become a witness and give testimony against Radhika in the court. Gurunath refuses to do so. He says that he doesn’t wish to spoil Radhika’s life anymore. The next day, Gurunath wakes up in the morning and comes to know that Shanaya has left the house because he did not agree to become the witness. He sees Radhika waiting for her car and goes to ask her if she has seen Shanaya.

In tonight’s episode, Radhika tells her colleagues how Saunitra saved her from being arrested. A few moments later, the police inspector comes to Radhika Masale and tells Radhika that they will have to stop work until the case gets solved.

On the other hand, Gurunath calls Kedya and tells him that Shanaya has gone missing and he is unable to find her anywhere. The latter tells him that Shanaya is at his place. Later, Gurunath tries to explain Shanaya why he won’t be able to give testimony against Radhika but instead, the latter convinces him to become the witness. She tells Gurunath that she has given a word to Urmila Mhatre and if she refuses then she will be in problem. Meanwhile, Urmila Mhatre tries to provoke the ladies against Radhika but they refuse to do it saying they have faith in Radhika and she would never do such a thing.

Later that day, Radhika tells Saumitra that the police had come to shut their company. She was upset but then all her colleagues did something that made her feel that she wasn’t alone. All of them assured Radhika that they won’t leave the company and will stand together to fight against the problem.