In Mazhya Navryachi Bayko, Raghu gives a new clue to police which lands Shanaya and Gurunath into trouble. 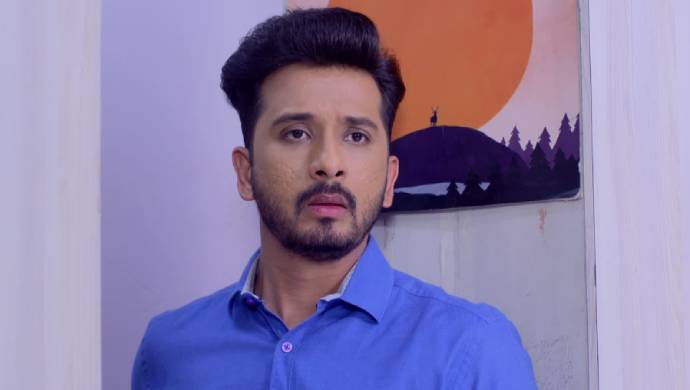 In Mazhya Navryachi Bayko’s recent episode, Radhika is told by a woman from Sakargaon that people are disappointed in her. These people have decided to meet to hire a lawyer against Radhika. As police are talking to Radhika, the watchman of Radhika Masale informs them about his meeting with Popatrao and Shanaya who had come on the day of the robbery. On hearing this, Radhika quickly understands he is talking about them and she informs this to the police authorities.

Popatrao manipulates the villagers saying that he had gone to meet Radhika to solve the case of robbery. He feeds them with lies about Radhika and tells them how bad she is. The villagers are told that Radhika always wanted to steal their money for her company. Popatrao starts raving about himself and motivates them to take revenge against Radhika.

At Shanaya’s house, Shanaya tells Mrs Sabnis about the money she has taken from Popatrao. Since Mrs Sabnis is worried about repaying the loan, Shanaya tells her they can take money from the bag inside Kedya’s cupboard. Mrs Sabnis agrees and decides to steal the cash once the police stop looking for it. Meanwhile, at Radhika’s office, she tells the police about Gurunath’s marriage with Shanaya. She says Shanaya isn’t smart enough to commit a crime this big on her own, but the police suspect her as she has a motive. Then, Radhika and the police leave for Shanaya’s place as Raghu informs Anand about this. Gurunath who is in the office overhears this conversation and warns Kedya that police are heading to his place.

Mazhya Navryachi Bayko 17 May 2019 Preview: Shanaya Gives A New Clue To The Police