In tonight's episode, Radhika gets a call from an unknown caller and he tells her that Suamitra's life is in danger. 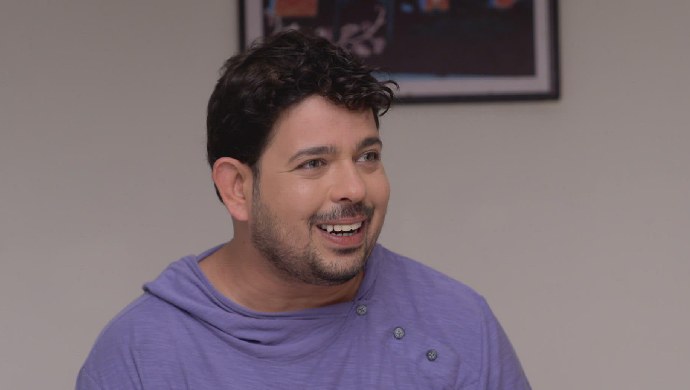 In the recent episode of Mazhya Navryachi Bayko, Radhika tells Saumitra that Gurunath never valued her emotions but when he came into her life, she realised how does it feel to be loved. She tells him that she has decided to value his love and marry him. Hearing this, Saumitra gets excited which draws everyone’s attention. Later that day, she gets a threatening call from an unknown person.

In tonight’s episode, Radhika comes home after meeting Saumitra. When she turns the lights on, she gets surprised to see Nana, Revati and other neighbours as they have come to congratulate her. Aai tells her that she informed everyone about her decision because all of them were curious.

Meanwhile, Saumitra goes to Anand’s place and tells Anand and Jenny that Radhika accepted his proposal. On hearing this, all three of them get excited. Anand says that now they have to start preparing for their marriage. Just then, Saumitra interrupts him and says that he is yet to get permission from his parents.

On the other hand, Shanaya feels sorry for Gurunath’s condition. She promises him that soon they will keep a maid. Just thrnt Mrs Sabnis comes there and asks Shanaya to stop being apologetic to Gurunath. Both the ladies go shopping and while returning from there, they see Popatrao’s men looking for them. They immediately run to hide.

Later that day, Radhika leaves for the office when her driver tells her that someone has intentionally punctured all the tyres of the car. A few moments later, she gets a call from the unknown caller and this time he says that Saumitra’s life is in danger.